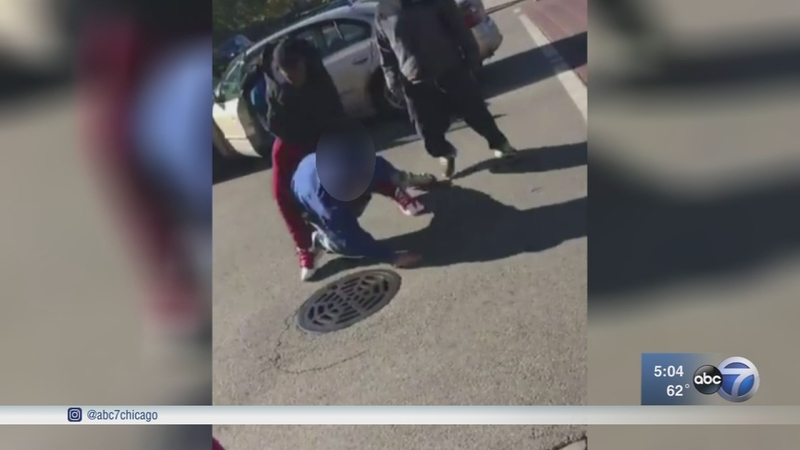 CHICAGO (WLS) -- Chicago police are investigating an attack captured on cellphone video in which some of the people watching are heard yelling at the victim, "Don't vote for Trump."

The incident in the video started with a traffic accident in the 1100-block of South Kedzie in North Lawndale and then spiraled out of control. As the attack on the 50-year-old man was taking place, the conversation turned to politics. Onlookers taunt the victim for allegedly voting for Trump.

"If I vote for somebody, whether Democrat or Republican, that's certainly my right. I don't think I need to be jumped because of that," said one North Lawndale resident.

Investigators said the victim claimed a traffic-related argument with three men and two women led to the beating. In the video, you can see a man on the ground getting punched and kicked repeatedly by two men as another in the group rummages around in the victim's car.

The video also shows the victim holding on to his car as one man drives away with it.

The Chicago Republican Party responded in a statement, "The left is becoming increasingly violent, and it's a major concern. We now know that Democratic operatives placed people at the Trump rally in Chicago to promote the violence that occurred there. Democratic leaders need to speak out and put a stop to this behavior."

Father Michael Pfleger also reacted to the video, saying, "Emotions are raw coming out of this election, but frustration, anger and despair do not give permission to be violent. Let us not surrender to evil, rather rise above it!!!!!"

Witnesses said the attack was prompted by the victim using a racial slur.

"If they say a racial slur to me, I would just ignore the person. There's no need for violence. There's enough violence in this city already," said Kathy Hughes, North Lawndale resident.