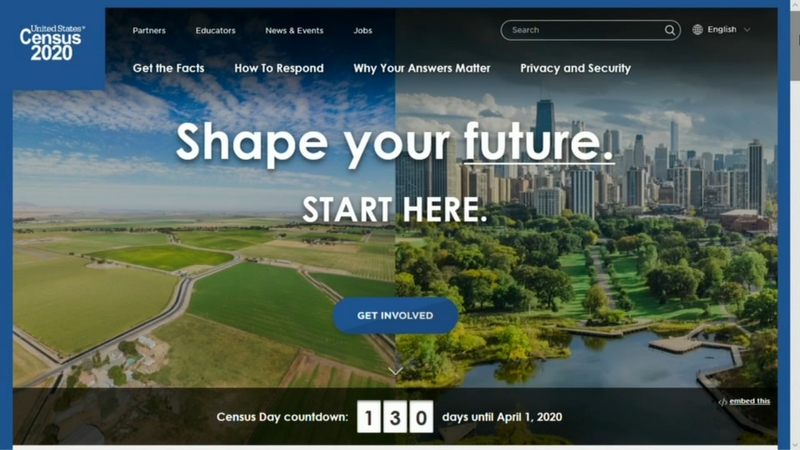 CHICAGO (WLS) -- Stand up and be counted! That's the message today about the 2020 census in Illinois, and it's also the hottest topic at a conference for Latino elected officials, community leaders, and organizations.

"Our biggest message for today and the next year is census, census, census," said IL State Senator Omar Aquuino, co-chair of the Illinois Legislative Latino Caucus Foundation, or ILLCF. "It's so important in 2020."

More than 1,000 people, including about 20 elected officials, attended the ILLCF's scholarship luncheon Friday in Oak Brook. The one-day conference even included a panel on census 2020, reminding everyone how critical the issue is next year, especially for Latinos.

U.S. Congressman Jesus "Chuy" Garcia, the luncheon's keynote speaker, said Latinos "have the most to win and the most to lose" because the official count influences policies, and that translates to funding on all levels.

"I'm talking about resources," Rep. Garcia told the crowd. "It's also known as money or funding. I'm talking about power. The ability to influence policy from Washington D.C. to the state legislature to city hall."

For the 2020 census, you can expect the following:

Congressman Garcia said Latinos must "overcome fear and confusion" about census 2020, referring to the battle that killed a question about citizenship.