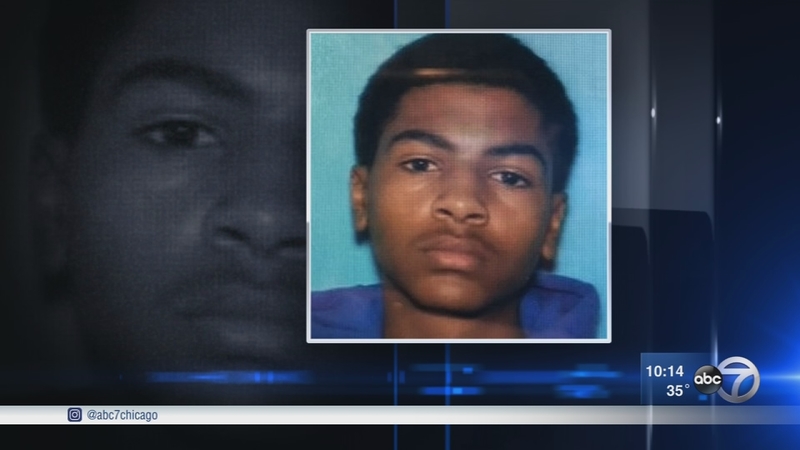 Their son, James Eric Davis, Jr., allegedly killed them Friday morning on the school campus and then fled.

The family is from suburban Plainfield.

On Saturday, purple bunting was put up outside the Bellwood Police Department to honor the victims.

James Eric Davis Sr. was a military veteran and part-time officer with the Bellwood police department and has worked there for almost 20 years.

"He's been with us since 1999," said Bellwood Mayor Andre Harvey. "He is a product of Bellwood. Homegrown."

Harvey said Davis, Sr. worked part-time as a police officer so he wouldn't have to give up his military service entirely.

Family members said Davis, Sr., was also a retired Illinois National Guardsman who once worked at the Joliet Armory.

"I remember James as a kid in Bellwood. He's exactly the same age as my brother. He was a pillar of the community. He was a true friend of mine and my family and he's going to be missed," said Harvey.

Police said James Eric Davis Sr., and his wife Diva had traveled from their home in Plainfield to Mount Pleasant, Michigan, to pick their son up for spring break. They arrived earlier than planned because Davis, Jr. had been hospitalized for a drug-related health problem.

When his parents were in his dorm room, Davis, Jr. allegedly got ahold of his father's gun and shot both parents.
"Really good parents, very good parents, dad was an officer part time, the mom I believe worked for the airlines, outside planting flowers, just normal people," said Aisha, a neighbor.

"He was always the type that was helping out all the neighbors, shoveling extra on the driveway and sidewalk this past winter, and just always there when you need him, and just always a helping hand. And it's just a tragic loss for our neighborhood and our families," said Plainfield neighbor Julian Leal.

The family's youngest daughter Alexis posted a message on her Twitter account Friday saying, "Today i lost my parents..the only people that loved me unconditionally. I'm thankful for every single thing they've done for me...All i ask is for everyone to keep me an the rest of my family in your prays."

Today i lost my parents..the only people that loved me unconditionally. I’m thankful for every single thing they’ve done for me...All i ask is for everyone to keep me an the rest of my family in your prays❤️. You don’t have to stress no more mom an dad i love you🕊❤️😞 pic.twitter.com/ab7oRkgvh7