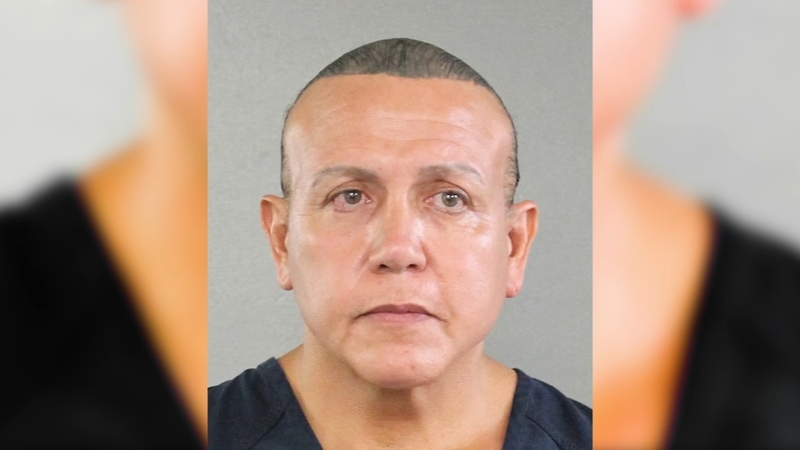 A Florida man who targeted media and political critics of President Donald Trump once drove to a Trump campaign rally in Chicago in a van that he claims had been booby-trapped to blow up.

In a pair of lengthy, handwritten letters to U.S. Judge Jed Rakoff filed Tuesday in New York federal court, Sayoc describes having attended a Trump for President rally in Chicago. "I was on front lines of war between right and left" Sayoc writes. "Liberal left followers attacked us and shut down rally chasing us with bats, rocks, even as far as throwing matotal cocotails (sic)" apparently referring to Molotov cocktail firebombs.

In one letter Sayoc appears to criticize Mayor Rahm Emanuel for having "police stand down" during the UIC rally that saw sporadic fights and violence on the streets.

His comments seem to refer to a Trump event scheduled for the University of Illinois at Chicago on March 11, 2016 that was cancelled at the last minute due to throngs of violent protesters and Trump supporters who had surrounded the rally arena.

"What started off as funny how people were acting on both sides right and left. I became a part of the nightmare" Sayoc writes. "The followers of the left almost blew up my van with myself inside. It was not funny any longer. The followers went after my life and the democrat leadership encouraged these acts."

Sayoc claims that there were six police reports filed in Chicago following the rally-related violence. A Chicago police spokesman has not immediately responded to a request for comment.

In a second letter written by Sayoc after pleading guilty, he expresses "deepest remorse" for his actions a year and a half later. When package bombs started showing up in the mailboxes of prominent Democratic figures, other notable individuals and a news organization last October, there was indeed a coast-to-coast intimidation factor and fear.