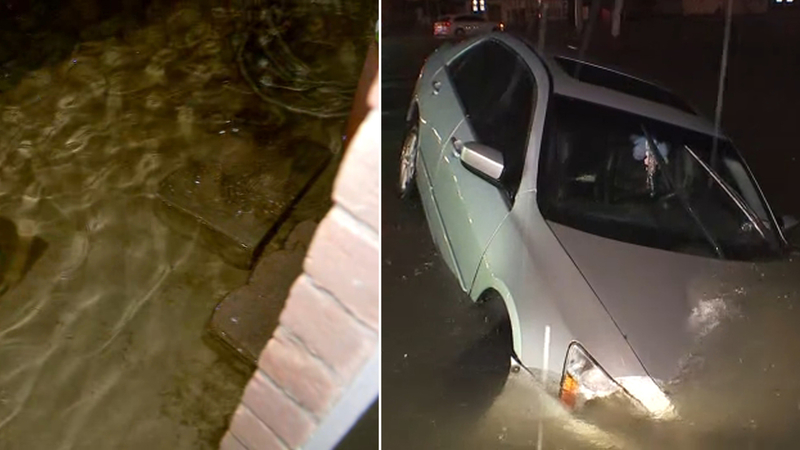 WINNIE, Texas -- A flash flood emergency is unfolding in the Winnie-Stowell area in Chambers County, Texas forcing the local hospital to be evacuated, officials said.

Multiple roads in Winnie are flooded. Officials are warning people not to drive around barricades.

"It's dire out here. I'm fearful for this community right now," Hawthorne said.

Chambers County Emergency Management said that water is in businesses and homes, reminding people that if they do evacuate and go to a shelter, remember to bring their pets, have them on a leash and bring food.

Those who need to can go to a flood shelter at White's Park Community Center at 225 White's Memorial Park Road. A staging area is at East Chambers ISD Dome.

Some of the homes have four to five feet of water inside.

THIS IS A ROAD. #abc13 #winnie pic.twitter.com/l5XGCF8Cjb

Authorities are using dump trucks and around 12 rescue boats to help people, with a focus first on those with medical needs and the elderly.

Hawthorne estimates 20 percent of the 2500 or so people who live in Winnie have water in their homes.

An ABC13 viewer shared video of what it looked like along I-10 westbound between Beaumont and Winnie.

The freeway is shut down in both directions from FM 365 to SH 73 in parts of Chambers and Jefferson Counties.

An ABC13 viewer shared video of what it looked like early Thursday morning on I-10 westbound between Beaumont and Winnie.

A dangerous thunderstorm is producing life-threatening flash flooding over Winnie in Chambers County. It is dropping 4-6" per hour and has produced over 1,000 lightning strikes in 10 minutes. That's nearly 2 strikes per second! https://t.co/hwzcFqoSkj pic.twitter.com/eopM0uJn5k

FLASH FLOOD EMERGENCY: A life-threatening flash flood is occurring about 60 miles east of Houston across parts of Chambers, Liberty, and Jefferson Counties. Travel along I-10 may impossible Thursday morning from Winnie to Beaumont. https://t.co/hwzcFqoSkj pic.twitter.com/V4J6q0KPPH

Many of the homes being hit were also flooded during Hurricane Harvey just two years ago.