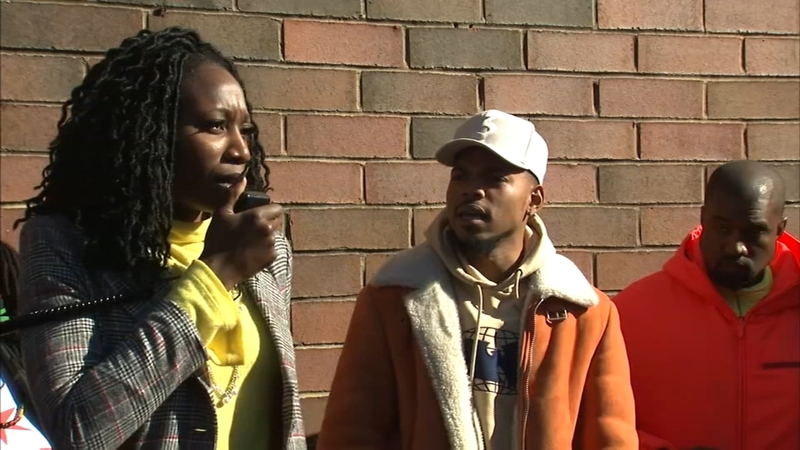 Enyia called the event a "pull up," saying the idea was to "pull up to a location so we can amplify issues in that community."

The issues amplified Tuesday were gentrification and potential displacement in Woodlawn due to the planned Obama Presidential Center.

"The ways we prevent displacement is through policies that encourage ownership," Enyia said.

While Enyia calls her campaign as being "people-driven," so far it's been celebrity-driven. One day after paying the candidate's election fine, rap superstar and Chicago native Kanye West was on hand at Enyia's campaign event at 63rd Street and Cottage Grove Avenue, along with protégé and Chatham native Chance the Rapper, who has also backed Enyia.

West's appearance was brief and he mostly looked at his phone while Chance did the talking.

"We want every corner from here to downtown to hear us," Chance said.

The corner quickly filled with young people listening to Enyia's message, though they admitted she wasn't what originally drew them there.

"Celebrity factor is important, what can I say?" said Hurston Mazard Wallace, a student at the University of Chicago.

"A lot of younger people are out here for him, a lot of college students," said student Amari Thelman.

"I wanted to see why an artist like him would want to get highly involved with a politician like that," said Israel Negasi. "So that was important to me. I believe in Chance the Rapper's message."

Whether celebrity buzz translates into actual votes remains to be seen.