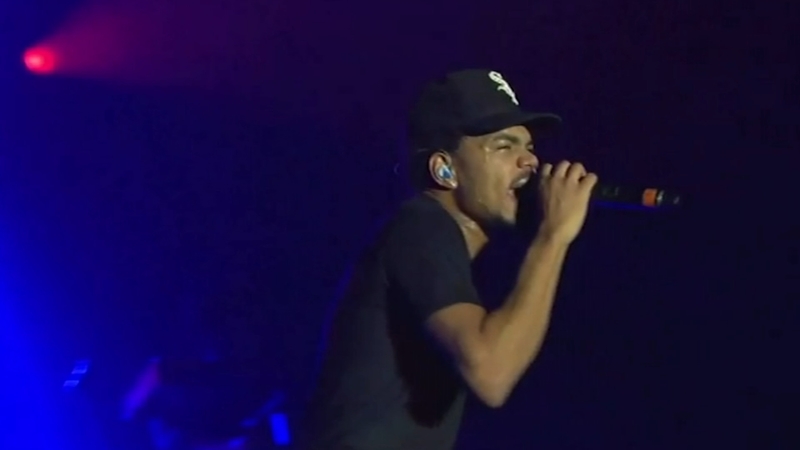 CHICAGO (WLS) -- Chance the Rapper dropped four new songs Wednesday night, including one that announced his purchase of the Chicagoist.

In his new track "I Might Need Security," the 25-year-old rapper and Chicago native raps the line "I bought the Chicagoist just to run you racist bit-s out of business."

In a statement discussing the purchase, Chance, whose given name is Chancelor Bennett, called the Chicagoist "an integral local platform for Chicago news, events and entertainment."

"I look forward to re-launching it and bringing the people of Chicago an independent media outlet focused on amplifying diverse voices and content," he added.

WNYC, New York's Public radio station, announced the sale on Twitter at 11:27 p.m. WNYC, along with KPCC in Southern California and WAMU in Washington, D.C., acquired assets from Gothamist and DNAInfo in February of this year, including the Chicagoist, DCist and LAist websites.

Chance also took aim at Mayor Rahm Emanuel in "I Might Need Security," calling on him to resign.

Chance raps: "And Rahm you're done, I'm expecting resignation, an open investigation on all these paid vacations for murderers," a thinly-veiled reference to police officers involved in deadly shootings.

During a luncheon hosted by the Economic Club of Chicago, Emanuel did not address Chance's song, but spoke about economics and the city's international reputation for gun violence.

"It's not an issue, it's issues," Emanuel said.

He praised the police for their efforts to get guns off the street.

""I think our police are doing a very good job," he said.

Emanuel did not address Chance's song. Vying for a third term against eight challengers, he was asked how long he sees himself as a mayor.

What he is sick of, he said, was what he called the hardest part of the job: talking to parents and grandparents of kids who are injured or killed by gun violence.

"I'll take any fight you want to give me on politics, any one of you can take this, I don't want to do it anymore, sometimes it's the hardest piece of crap of this job," Emanuel said.

"It rips the soul out of you, it just rips the soul. And I can sit there and tell you what we're doing right," he added, pausing to compose himself after appearing to get choked up, adding: "We have a lot of work to do as a city."

Along with "I Might Need Security", the rapper released tracks titled "65th and Ingleside," "Wala Cam" and "Work Out."