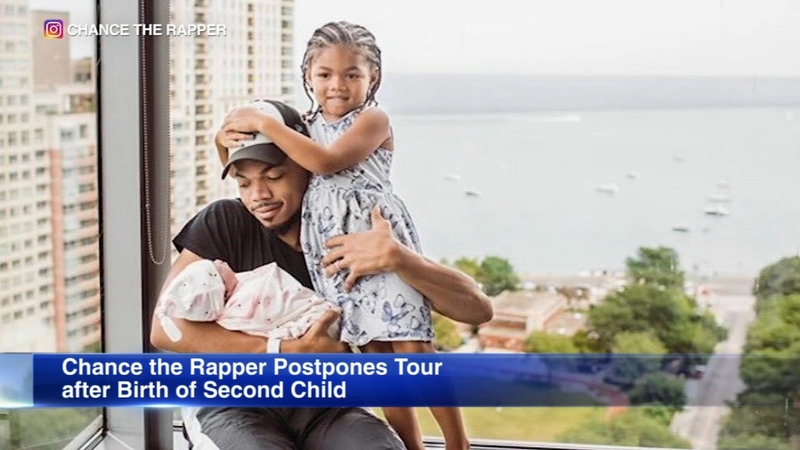 Chance the Rapper postpones The Big Day Tour after birth of daughter Marli; Sept. 28 show at United Center still on

CHICAGO (WLS) -- Chance the Rapper announced Monday that he's postponing most of his upcoming The Big Day Tour, days after he and wife Kristen Corley welcomed their second child together.

The Chicago native said he reflected on his monumental year - marrying Corley, releasing his first album and welcoming daughter Marli - and realized it's been "very strenuous having to divide my time and energy between family and work."

"When Kensli was born, I went on tour 2 weeks later and missed some of the most important milestones in her life, but more importantly I was absent when her mother needed me the most," the rapper, whose real name is Chancellor Bennett, wrote on Instagram. "At this point as a husband and father of two I realize that I can't make that mistake again."

Several shows are being rescheduled, but there is one date that Chance is keeping his commitment to: Sept. 28 at the United Center. The show slated at the UC for Sept. 29 will be rescheduled, the venue said on Twitter, but tickets will be valid for the new date.