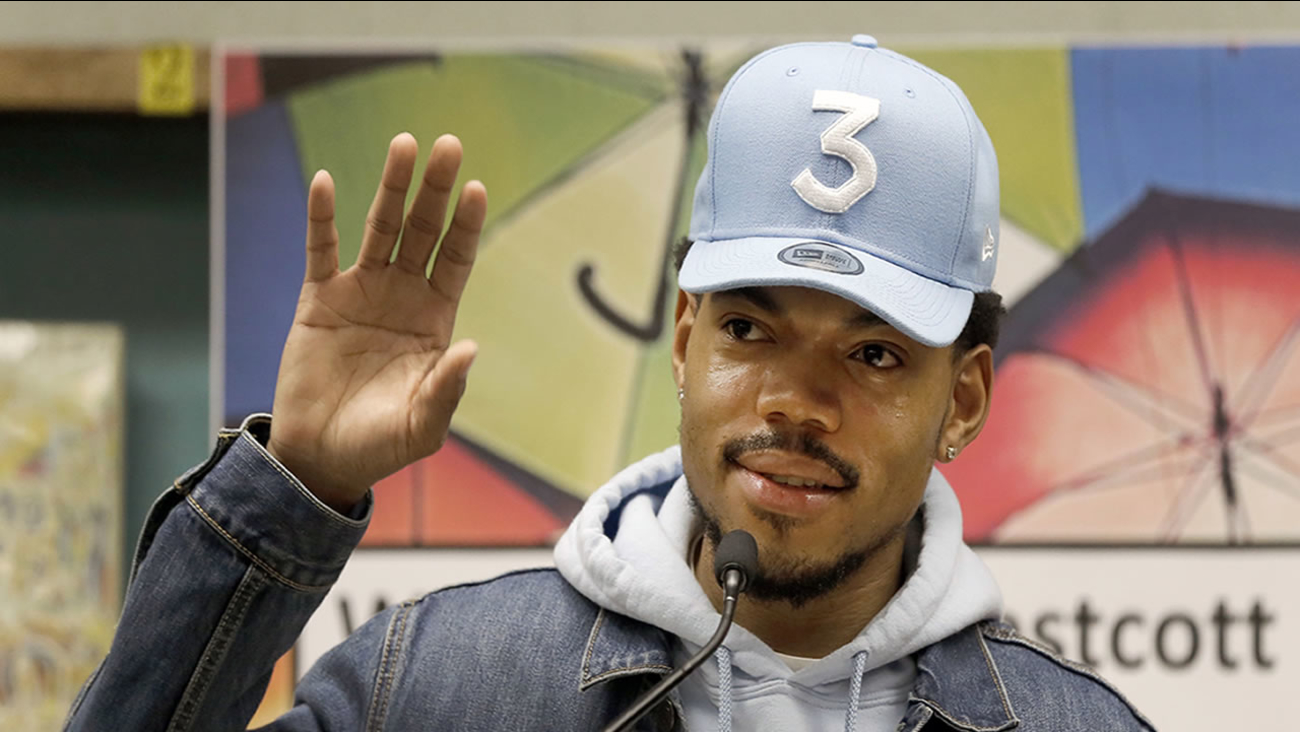 Chance The Rapper announces a gift of $1 million to the Chicago Public School Foundation at the Westcott Elementary School, Monday, March 6, 2017, in Chicago. (KGO-TV)

CHICAGO (WLS) -- Chance the Rapper announced his latest tour, called the "Be Encouraged Tour" with King Louie and DJ Oreo, starting next week.

The first date is on April 24 in San Diego, Calif.; the closing date is October 20 in Phoenix, Airz. Current announced dates crisscross the country in April, May and June, but there are far fewer dates in July, August and the fall. The tour also includes an international stop in London, England.

So far only one Chicago date has been announced: August 5.

Chance announced the tour in a tweet and said he was able to get back tickets for the first week of shows that were purchased by scalpers.

For more information and to purchase tickets, visit ChanceRaps.com 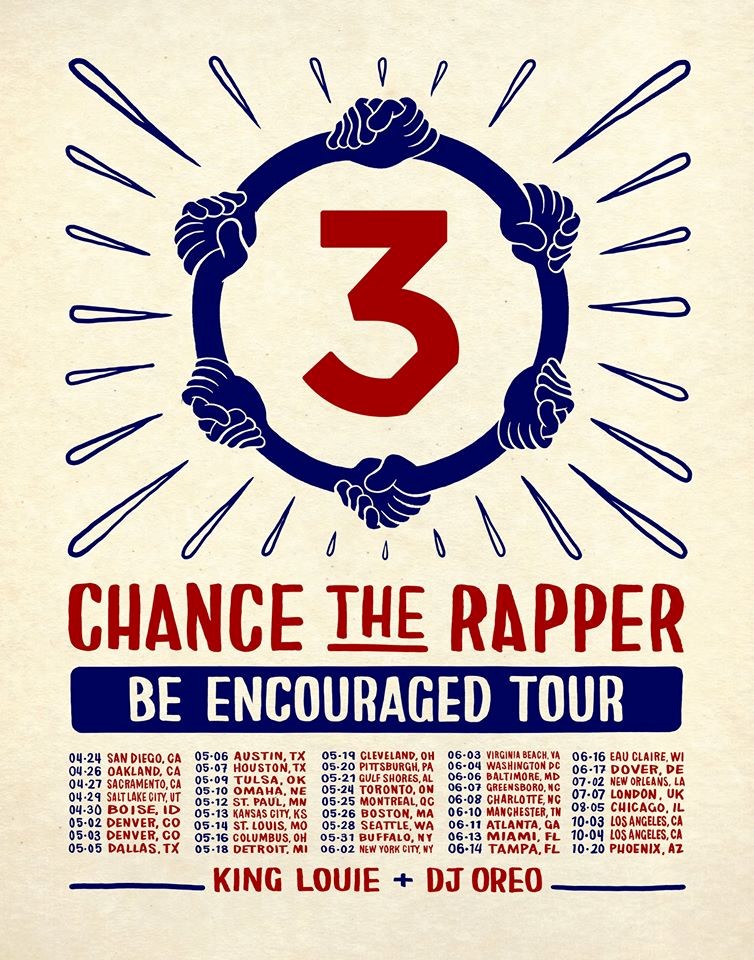