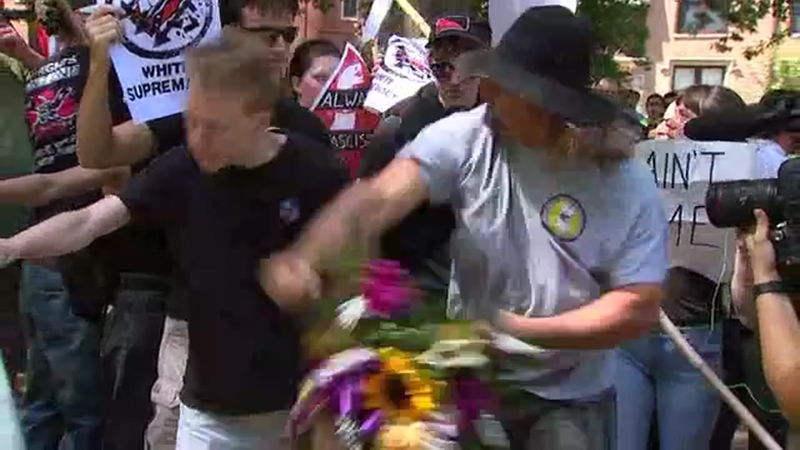 Tensions rise at rally near Silent Sam on UNC campus

CHAPEL HILL, N.C. -- The University of North Carolina said there have been seven arrests made at a rally near the 'Silent Sam' monument on the Chapel Hill campus.

Protesters gathered on UNC's campus near the 'Silent Sam' monument following Monday's toppling of the statue.

One person was arrested for destruction of property and another for resisting an officer.

Police said no permits were issued for Saturday in Chapel Hill.

As a "precaution," the town of Chapel Hill said there will be no parking allowed Saturday along the 100 and 200 blocks of East Franklin Street and the 100 block of Henderson Street through the duration of the event.

A barricade was placed around 'Silent Sam' and some Confederate flags could be seen.

Around 11 a.m., protesters could be heard chanting, "Hey hey ho ho, white supremacy has got to go."