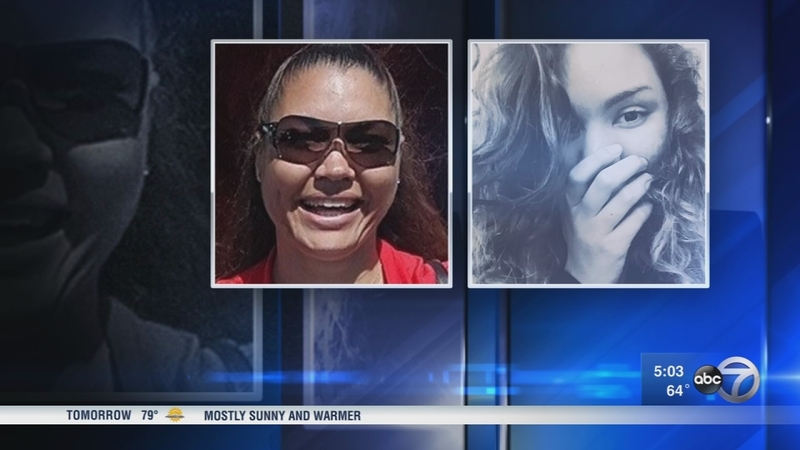 CRYSTAL LAKE, Ill. (WLS) -- A man has been charged with murdering his wife and 16-year-old sister-in-law Thursday night in northwest suburban Crystal Lake.

Crystal Lake police said 31-year-old Ryan Yarber has been arrested and charged with four counts of first-degree murder in the shooting deaths. Yarber is being held at the McHenry County Jail.

On Thursday around 8 p.m., officers were called to a home in the 100-block of Marian Parkway about a woman who was armed with a knife.

But just before that, police got another report of a man carrying a gun. When officers got there, they found two females, ages 31 and 16, shot several times inside the home.

Police said they were pronounced dead at the scene. Family members identified the victims as 31-year-old Allania Yarber and her 16-year-old sister Anniyah Reynolds.
Yarber was taken into custody, and police said a semi-automatic hand gun was found at the scene.

Neighbors said the family moved there in October. An 11-year-old neighbor was watching TV with the couple's 9-year-old son at the time. He said his friend locked the door of one of the room they were in when the couple started arguing. He spoke with ABC7 with his mother's permission.

"Their mom and dad got into a fight," the 11-year-old said. "They just started screaming at each other, and saying bad words to each other. And then, soon we heard a scream downstairs. And then we heard bangs, loud bangs."

When police arrived they opened the door and told the kids they were safe. In order to take them out of the home, they had to cover their heads with blankets so they wouldn't see the crime scene.

"I felt bad for him because he just lost two family members," the boy said.

Family members describe Allania Yarber as a loving mother. They're devastated that she and her sister are gone.

"We just don't know how to take this in right now. We just don't...right now it is only Ryan who can tell the story of what happened that night because the two are gone. They are never coming back," said Shaniece Holt, the victims' cousin.

Family members said the couple had two children and seemed to be a happy family. Police have not released information on a possible motive.