Manson, who spent the last 48 years behind bars, was 83 when he died of natural causes at a California hospital.

Manson and his followers, known as the Manson Family, struck fear into the hearts of Los Angeles when they slaughtered at least seven people in the summer of 1969, including actress Sharon Tate, the pregnant wife of director Roman Polanski.

Since his 1971 conviction, he has remained a horrifying and fascinating figure in pop culture, as the subject of books and movies and the occasional rambling media interview.

While there have been other serial killers over the years who have committed even more murders, Manson has managed to hold the public's fascination like almost no other.

Charles Manson led his followers to terrorize Los Angeles in a 1969 killing spree, then spent the rest of his life behind bars. He died Sunday at 83.

"I was thinking today about why Manson is so remembered and such a part of our cultural history, whereas other serial killers have done far worse," said former Associated Press Special Correspondent Linda Deutsch, who covered the 1970-71 trials of Manson and his followers, as well as all of their parole hearings until she retired two years ago.

It was, she concluded, because Manson killed more than just seven people. He also destroyed a Baby Boomer generation's dream of a peace-and-love era that had begun with 1967's San Francisco Summer of Love, two years before Los Angeles' 1969 Manson murders.

That crime, along with a riot that erupted at a Rolling Stones concert later in 1969, exposed the darker side of the counterculture.

"For most of that period, the hippies up in San Francisco and throughout the country really spread a message of love and understanding," Deutsch said. "And now here come these people who wore these hippie clothes and although they were not hippies, they were just people who came together in a commune, they became symbolic of that hippie era.

"In addition to killing seven people, he killed a whole counterculture," she added.


But Charles Milles Manson's life of crime began decades before the murders that made him infamous.

He served time in an Indiana boys home for burglary when he was in his teens and later served a 10-year sentence for check forgery.

Manson had reinvented himself during the Summer of Love as a Christ-like figure who attracted young people to a commune he established at an old, abandoned movie ranch on the edge of Los Angeles.

In the late 1960s Manson's cult-like "family" lived in the Spahn Ranch near Chatsworth. He was a frustrated musician and songwriter and was particularly fascinated with the Beatles song "Helter Skelter" which he believed was about an apocalyptic race war - a conflict he hoped to ignite by the killings.

But what Manson really wanted to do, Deutsch said, was become famous.

At one point he'd befriended the late Beach Boys drummer Dennis Wilson with hopes of becoming a musician as famous as those in Wilson's group. The music industry ultimately dismissed him as crazy and dangerous and, worse yet to his way of thinking, only marginally talented.

"So he wanted to make a statement and be the star that Hollywood wouldn't let him be," said Deutsch. "And he was demonic."

On Aug. 9, 1969 Manson ordered four of his followers to break into Tate's home. They killed five people, including Tate, who was eight months pregnant. They scribbled the word "pig" on the front door in her blood.

The next night his followers murdered Rosemary and Leno LaBianca in the same grisly fashion.

The murders shocked the nation. Manson and his followers - Tex Watson, Leslie Van Houten, Patricia Krenwinkel and Susan Atkins - were convicted and sentenced to death.

Despite the evidence against him, Manson maintained that the blame for his crimes rested on society.

"These children that come at you with knives, they are your children," Manson said in his 1970 trial. "You taught them, I didn't teach them. I just tried to help them stand up."

State law at the time made him eligible for parole. He was denied a dozen times over the years.

"To tell you the truth, the older I get the harder it is to deal with all of this, to know what I did, how it happened," one of the youngest of his followers, Leslie Van Houten, told a parole panel in September. The panel has recommended she be released, but Gov. Jerry Brown could reject that recommendation as he did once before. No Manson Family member convicted of murder has ever been freed.

While serving life in prison, Manson seemed to bask in his infamy.

"Is Charlie Manson crazy?" he said in an interview with ABC News. "Sure. He's as mad as a hatter. What difference does it make? Being crazy used to mean something. Nowadays, everybody's crazy." 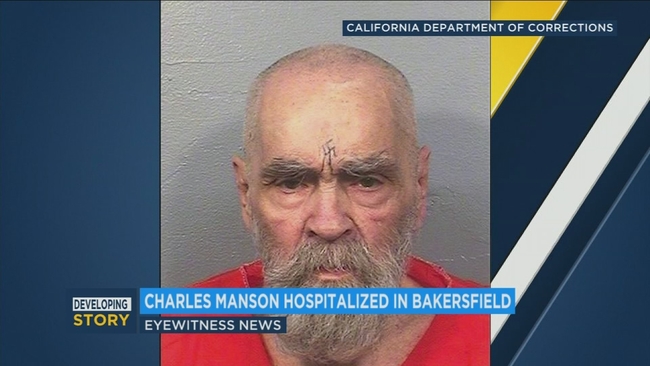 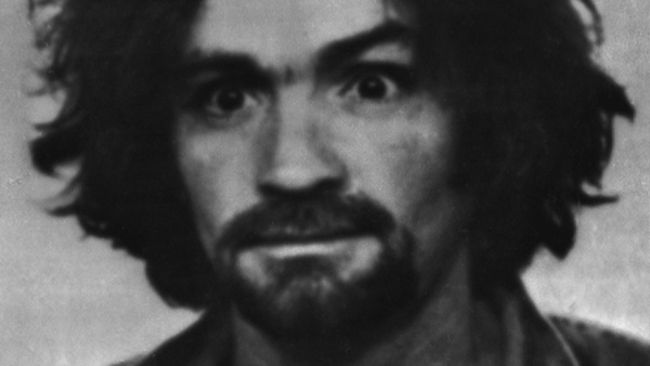 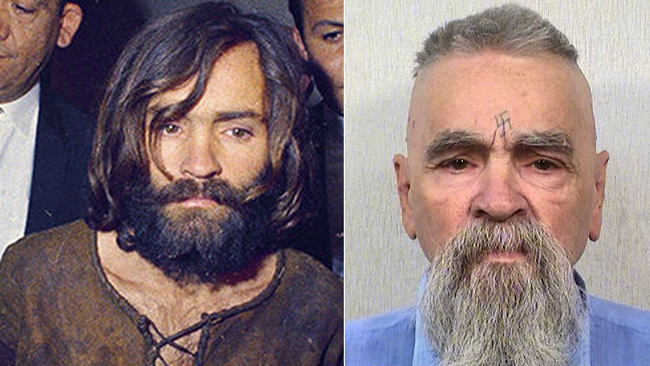