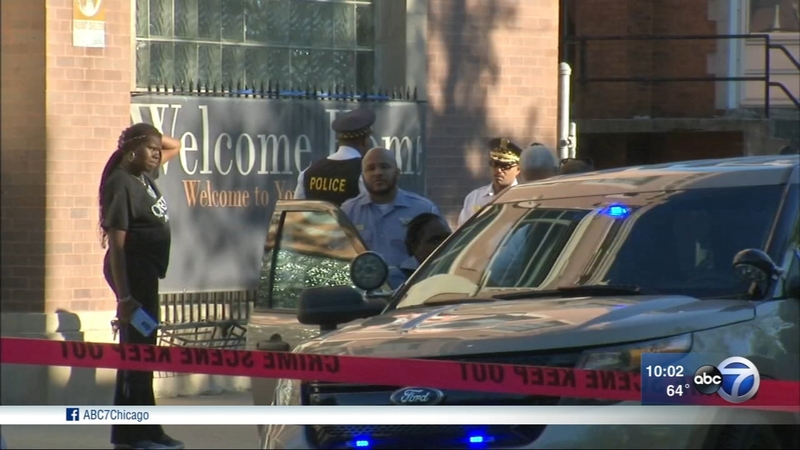 "Three male individuals were walking eastbound on 91st Street, a vehicle approached those subjects, subject got out of the vehicle and fired multiple times striking all three," said Chicago Police Chief Fred Waller.

Police say they have two people of interest in custody, but it's unclear what their roles were in the shooting.

Witnesses describe the terrifying moments when an unknown male got of a car and started shooting at a group of students.

"I saw him shoot multiple times before I jumped in the bushes," said a witness.

Witnesses said the the shooter was wearing a blue mask when he got out of a light-colored sedan.

"As soon as I see the blue mask I automatically knew to run," Smith said.

Chatham Academy Principal Tony Qadir Lyons said after the shooting two of the three victims came back to the school to get help.

"Two students made it back to the school to the cafeteria looking for assistance and support. They are taught that if they're in the area and they have an issue to come back to the school for a safe haven. The third student that was shot actually remained in the alley until the ambulance picked that particular student up," said Lyons. "They were bleeding profusely. We immediately did everything we can to stop the bleeding, keep them calm."

The 16 year old was shot in the left shoulder and taken to Comer Children's Hospital in critical condition.

The 17 year old was shot in the leg and is in critical condition.

The 18 year old was shot in the right arm and left armpit.

The 17- and 18-year-old victims were taken to University of Chicago Hospital.