Allure on the Lake Banquet Hall in Chesterton destroyed by fire 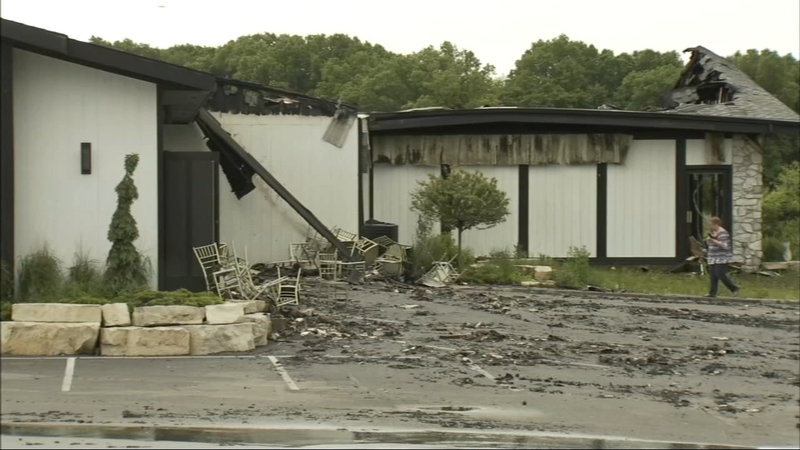 Allure on the Lake Banquet Hall in Chesterton destroyed by fire

Chesterton police said an officer spotted flames on the roof of the Allure on the Lake Banquet Hall at 526 Indian Boundary Road just before 3 a.m.

The banquet hall was fully engulfed by the time firefighters arrived. The fire was raised to a second alarm before it was extinguished.

The venue has been in Chesterton since 1991 and is a popular wedding space. The owner was on the property, but declined to comment on his loss.

"He told me this morning that he had 80 bookings this year that were in the future, so I'm sure there's a lot of brides-to-be and other occasions that are now going to have to find another location on short notice, so it's a sad thing not only for them, but for the community," said Nate Williams, Chesterton deputy fire chief.

Samantha Sarna and her fiancé were planning to get married at Allure on the Lake in October. The bride-to-be said she had just put down her final deposit on the venue. Now with four months until their wedding day, they are left frantically searching for a new location, like so many other couples.

"We are completely devastated by it," Sarna said. "We envisioned this for almost the last two years we've had our venue booked."

It's a hard day for anyone who spent any time in Chesterton.

"We had a first Christmas party here," said resident Kraig Lhotak. "I've been a resident here for over 15 years, so this place did mean quite a bit to me

Two nearby hotels were evacuated. No one was injured.