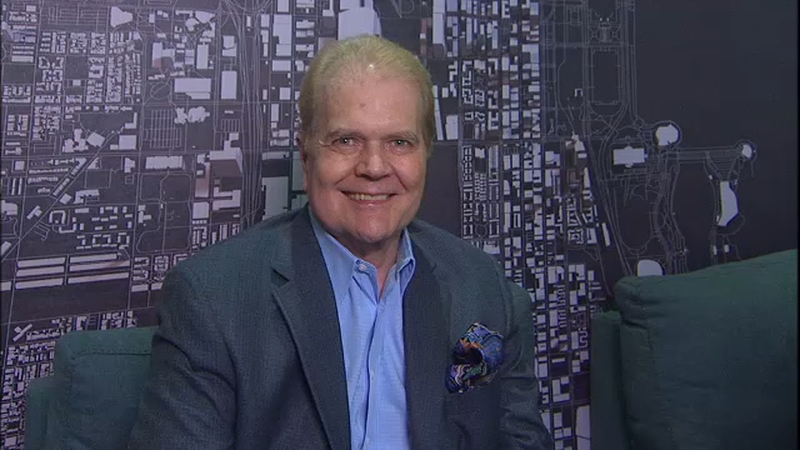 CHICAGO (WLS) -- Chet Coppock, a Chicago sports broadcast icon known as "The Godfather of Sports," has died. He was 70 years old.

Coppock was injured in a car accident on April 6 in Okatie, South Carolina, which is located between Savannah, Georgia, and Hilton Head Island.

He was passenger in a vehicle driven by a 50-year-old woman from Hammond, Indiana, according to South Carolina Highway Patrol. Their vehicle crossed a median and struck another vehicle head-on, which hit a third vehicle.

Coppock suffered multiple injuries in the crash and was transported to Memorial University Medical Center in Savannah, police said. He died at the hospital on Wednesday, with his family by his side, according to his former wife, Anna Marie Busalacchi.

The woman driving the car they were in was transported to the hosptial, where she was listed in serious condition. Police said the other reported injuries were minor.

Investigators are working to determine the cause of the crash.

During his decades-long career, Coppock worked in television, radio and print in Chicago, Indianapolis and New York. He is credited by many for developing the sports magazine format on TV and radio, and was known for his flamboyant style and fun antics on the air.

Coppock was formerly the voice of Notre Dame Football and worked as a host for the NBA Network. He was also an announcer for The Roller Derby and the World Wrestling Federation.

He worked closely with many charitable organizations in the Chicago area, including the Special Kids Network, Little City Foundation, and the National Italian American Sports Hall of Fame.

Coppock was born in Northfield, Ill. He attended Chicago Cubs games with his father and was a Bears Season Ticket holder for more than 50 years.

He is survived by Busalacchi and their two children, Lyndsey and Tyler.

Busalacchi said Coppock was very proud of his children. He had just walked Lyndsey down the aisle at her wedding on March 15.

"Chet most cherished the time spent, and the love shared with Lyndsey and Tyler, reflecting on their younger days and the thrill of watching them grow into happy, kind and successful adults. And for this, he will be greatly missed and lovingly remembered," Busalacchi said in a statement released Thursday morning.