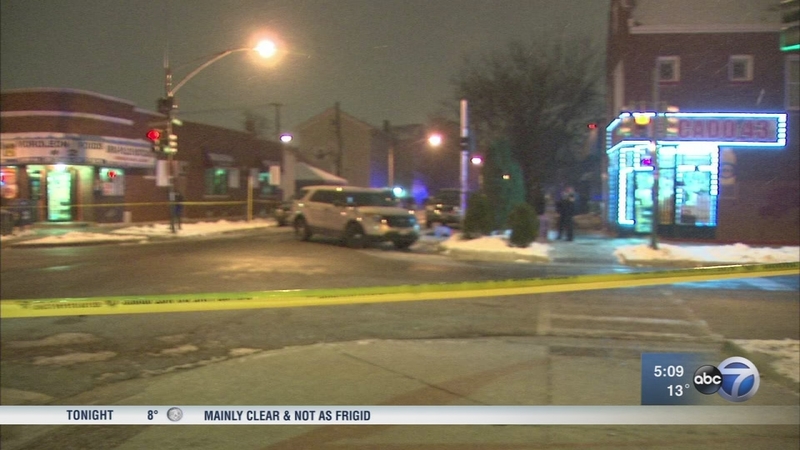 CHICAGO (WLS) -- A fatal double shooting last week in Chicago's Brighton Park neighborhood continues to raise concerns about the role of two businesses in escalating violence in the area.

For years, Ald. Raymond Lopez (15th Ward) has been working with police to shut down gang activity in front of Mercado 43 and Taqueria La Cantera in the 4300-block of South Rockwell.

"They are known havens for gang activity, it's well documented in my tenure as alderman," said Lopez, who has formally asked the city to take action. As a result, multiple city departments are conducting a full investigation into the businesses.

The businesses are kitty corner from Shields Elementary School. The owner of both businesses said his stores are there to serve students. However, since September, police have been called to the businesses 14 times for gang disturbances.

The owner said he wanted to consult an attorney before responding to ABC7 about Lopez's complaints. He did deny gang activity in his businesses.

Lopez said he has photos and other documentation, and believes he has more than enough proof to meet the legal criteria set by the city to shut down a business.

"We have to prove they're are documented cases of violence and threats to community that the owner was aware and did nothing," Lopez said.

On Friday afternoon, two people were killed and two others wounded when two cars pulled up outside the businesses and unloaded more than 30 rounds.

The 47-year-old man, identified as Arturo Zizumbo, suffered multiple gunshot wounds and was pronounced dead at the scene at 3:40 p.m., according to police and the Cook County Medical Examiner's Office.

One of the 17-year-old boys, identified as Daniel H. Torres of the 4200 block of South Fairfield, was shot multiple times and was taken to Mount Sinai Hospital, where he was pronounced dead at 4:06 p.m., authorities said.

The other two victims were taken to Mount Sinai Hospital. The 18-year-old was listed in serious condition, and the other 17-year-old, who was shot in the face and neck, was in critical condition, police said.

The three youngest victims are all documented gang members, according to police.

Fr. Michael Pfleger said the process of closing a business is difficult. He has spent years trying to shut down businesses for gang activity. Most recently, a corner store down the street from his St. Sabina Church was closed by the city.

"Some of these stores we found were holding guns for guys, held their cell phones that couldn't be traced back," Pfleger said.

Pfleger was skeptical of the Brighton Park business owner's denial of gang activity in his stores.