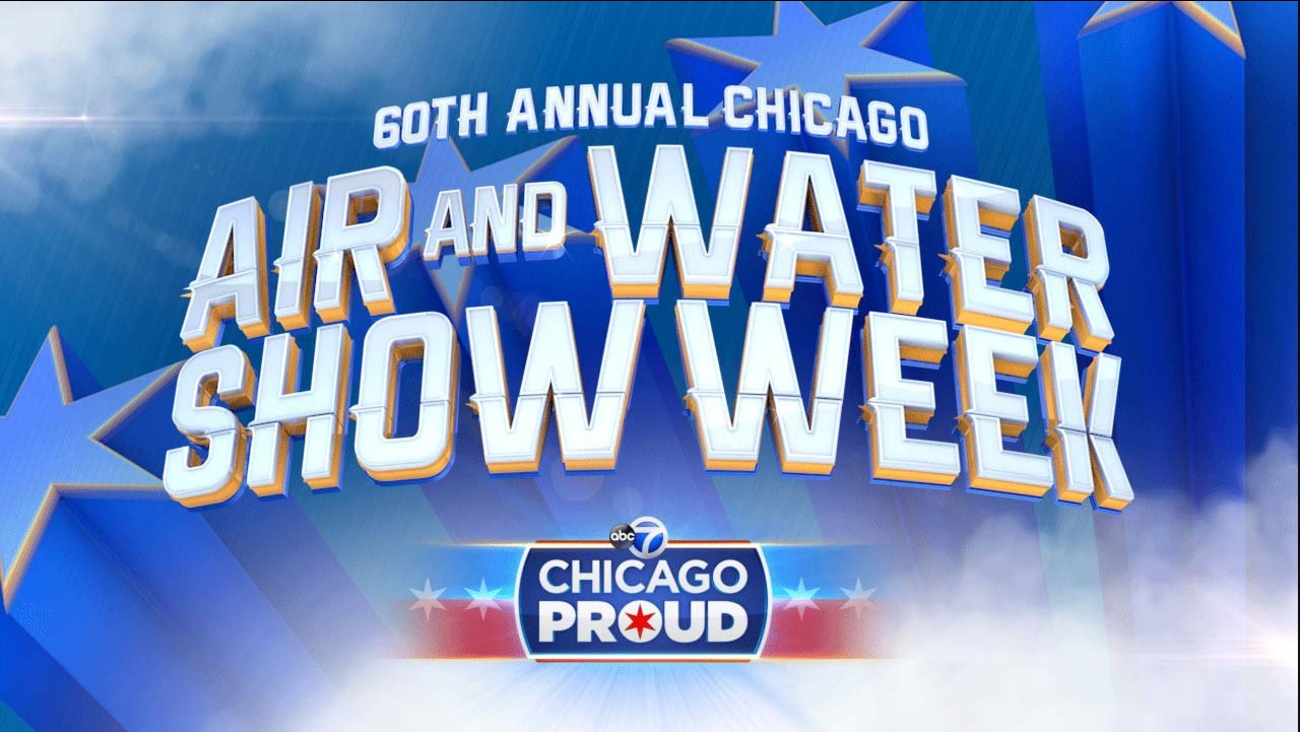 CHICAGO (WLS) -- ABC 7 PRESENTS: AIR AND WATER SHOW WEEK, featuring a sneak peek of all the heart-stopping and thrilling acts that make this a must-see event in Chicago. Beginning the week of August 13 through the 17, ABC 7 Eyewitness News will capture the many behind-the-scenes stories leading up to the spectacular show that has become one of summer's most anticipated traditions. As the excitement builds before the show, ABC 7 Eyewitness News in the morning will report live from North Avenue Beach featuring Meteorologist Tracy Butler's forecast for the weekend on Friday, August 17 from 4:30 to 7:00 a/m. The Chicago Air and Water Show runs August 18 and 19 on Chicago's lakefront.

To kick off the week on Monday, August 13 viewers will be able to get up close and personal with some of the featured planes at the Warbirds Heritage Museum in Waukegan. The non-profit is committed to acquiring, restoring, displaying, and demonstrating antique military aircraft.

On Tuesday, August 14 ABC 7 features Chicago hometown hero Kate Grant, longtime Chicago Park District employee and Special Olympics coach who will fly with the USAF Thunderbirds. Grant will also take a look back at the many memorable moments as the Special Olympics celebrates its 50th anniversary this year.

Chicago's Air and Water Show is also celebrating an anniversary-its 60th. ABC 7 goes back in time to highlight some of the greatest moments in the show's history on Wednesday, August 15. Chicago's official city historian, Tim Samuelson, will reminisce on Chicago's aviation past.

Another special segment on Thursday, August 16 will showcase 16 year-old Airforce Academy student Angel Cardenas. Cardenas will be flying with world-famous aerobatic pilot Sean Tucker, who takes a lucky student up with him every year.

ABC 7's very own Anchor/Reporter Mark Rivera and Digital Journalist, Jesse Kirsch, will be taking flight on August 17! Mark will be flying high over Chicago when he rides with the world-famous U.S. Air Force Thunderbirds. Then, Jesse will take a daring leap with the US Navy "Leap Frogs" parachute team.