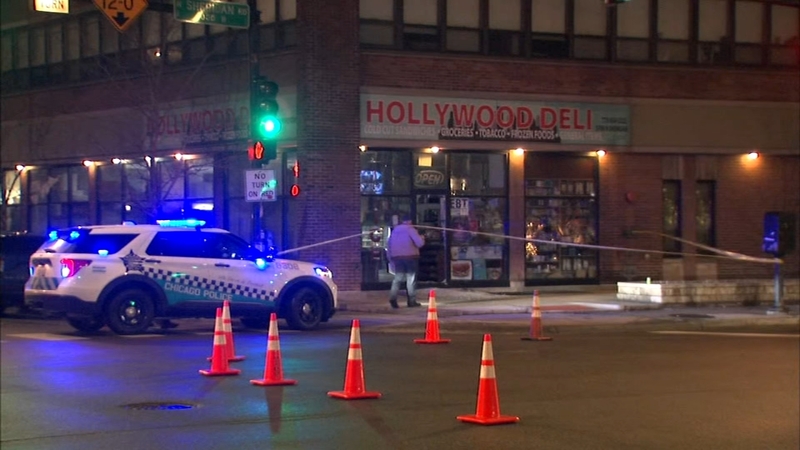 CHICAGO (WLS) -- Three burglars stole an ATM from the Hollywood Deli in Chicago's Edgewater neighborhood on the North Side Thursday morning, police said.

The three male suspects got out of a dark-colored SUV and broke the front door of the deli in the 5700-block of North Sheridan Road at about 3:45 a.m., police said.

After taking an ATM from the store, police said the suspects then fled in an unknown direction.

Area Three detectives are investigating and no one is in custody.