6 shot including teen at gathering in Auburn Gresham on South Side, police say 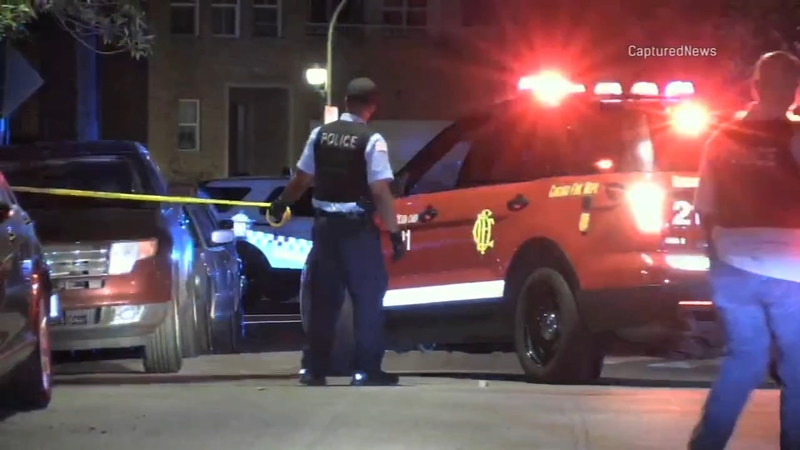 6 shot including teen at gathering in Auburn Gresham on South Side, police say

CHICAGO (WLS) -- Six people were shot Wednesday night at a gathering in Auburn Gresham on the South Side.

According to Chicago police, the group was standing outside around 11:30 p.m. at "a large gathering" in the 8500-block of South Parnell Avenue when someone fired shots.

Six people were injured including a 17-year-old boy who was grazed in the head, police said. The teen was transported to the University of Chicago Medical Center in fair condition.

A 29-year-old man was struck in the neck and back, police said. He was transported to the University of Chicago Medical Center in critical condition.

Another man, 37, was struck in the head and taken to the same hospital, police said. He is also in critical condition.

Two men, 21 and 29, were struck in the back and leg, respectively, police said. They were both transported to the University of Chicago Medical Center in fair condition.

A 28-year-old man was shot in the arm and taken to St. Bernard Hospital, where he was also in fair condition, police said.

Chicago police superintendent David Brown stresses the community is essential for help in solving these crimes.

"My plea to this area, Austin community- if you have any information about who did this cowardly act that struck a mother and 9-year-old young boy please come forward,"Brown said.

Police said no one is in custody for either shooting.