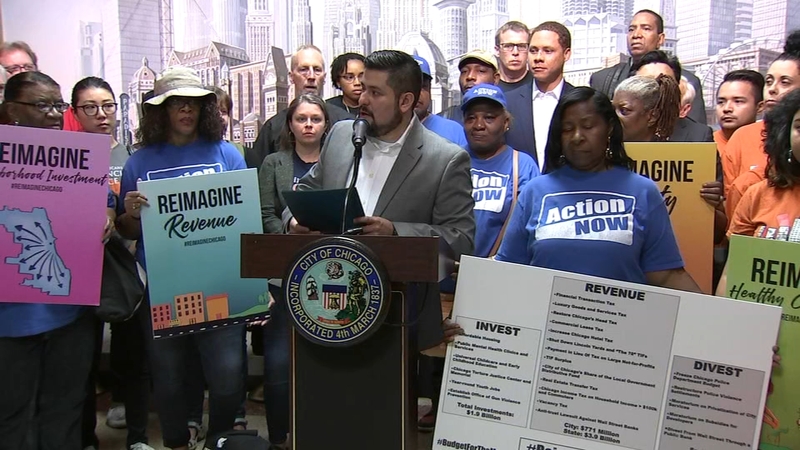 CHICAGO (WLS) -- Some members of the Chicago City Council's Progressive Caucus laid out their budget plan Tuesday, including calls to reinstate the city's corporate head tax.

"It's time for corporations to pay their fair share," said Dave Morris of One North Side.

A corporate head tax would apply to businesses with 50 or more employees. They would be charged $16 per quarter for each employee, which would generate an estimated $106 million.

Mayor Rahm Emanuel cut the head tax in half after taking office, and then eliminated it entirely in 2014, which was credited with helping spur corporate relocation to the city.

Mayor Lori Lightfoot got the endorsement of the Chicagoland Chamber of Commerce on a campaign promise of not using the business community as a budget ATM, and has previously said she was not in favor of the head tax.

"I think it sends a message to the business community, 'Don't come here. You've got to pay for the privilege to hire somebody,'" Lavin said.