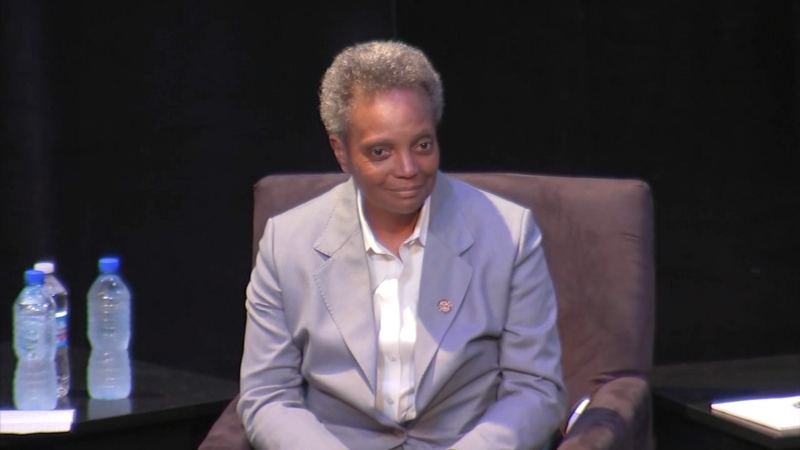 The event ran from 6 to 8 p.m. at the Copernicus Center on the Northwest Side. The public forum came about a week after Lightfoot gave her State of the City address and identified an $838 million budget deficit for 2020.

"Why not just be conservative for once and just cut the budget?" one constituent asked.

"There are a lot of good union employees that have worked, and they deserve their fair share," said another.

This was the first of four in September, before the mayor gives her full budget address in mid-October.

"We're actually coming to you to find out what you want to see in your budget and to be up front and transparent about how the dollars are being spent," she said.

The mayor said she would turn to Springfield to try to overhaul the city's pension system, and ask downstate lawmakers for help to create a new tax structure for a Chicago casino in order to attract investors.

But that could be a heavy lift, and if those efforts fail many fear a property tax hike.

"People who are the owners of the homes, some the seniors especially, they don't have any extra income," said Eva Skowronski, northwest side resident.

"I don't know what our health insurance is going to cost us this year," a woman at the forum said. "And my property taxes go up, and it's really emotional and really frustrating."

"One of my top priorities is making sure that low income and working families get relief," Lightfoot said.

The rest of the town halls will be held: