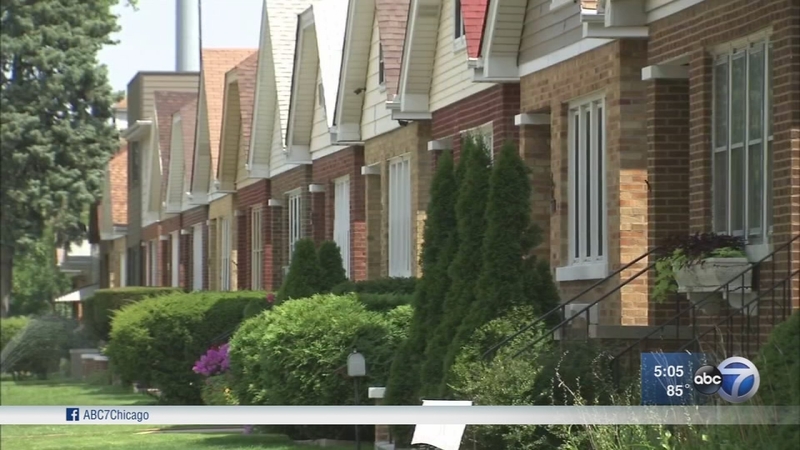 Police warn about NW Side burglaries

CHICAGO (WLS) -- Chicago police have issued warnings about burglars targeting homes and businesses on the Northwest Side in July.

Ana Naranjo, who works at her family's restaurant Antojitos Colombianos on Milwaukee, said some officers dropped in last week to tell them about the recent incidents.

"Ever since then we do have a couple of them who stop in an make sure everything is ok. we do see a lot more patrol cars on the road. It's good that they're monitoring it," Naranjo said.

Six homes were burglarized since July 13. The offenders entered through doors and windows, stealing jewelry, electronics and cash. One of those locations was Uyen Dao's home.

Her surveillance camera captured the suspects breaking the back window screen. Alderman John Arena (45th Ward) says many times, thieves choose a home where they may go unnoticed.

"Security fences that are very high that eliminate the view into the backyard from the neighbors, that's the stuff they look for actually. They want to jump over that fence. Once they're in there, they're free and clear," Ald. Arena said.

Arena said while monitoring systems are good to have, it's important to make sure your homes, businesses and garages are locked and to call police about any suspicious activity.

"The best way to deter and help police solve crimes and catch guys doing it is to call 911. Respect the butterflies in the gut that tells you something is different," Ald. Arena said.

The home burglaries occurred in the following locations:

Police have also issued a warning about a series of garage burglaries on the Northwest Side.

Police said the burglars kicked or pried open the overhead or side doors and in some cases the doors were unlocked. The burglars then took construction tools, bicycles and vehicle wheels.

The garage burglaries occurred in the following locations:


Police have also issued a warning to businesses on the Northwest Side in July.

There have been at least seven commercial burglaries this month, police said, in the following locations: