"I don't care if the car is taken, but not my kids. Not with the kids inside."
WLS
By Stephanie Wade 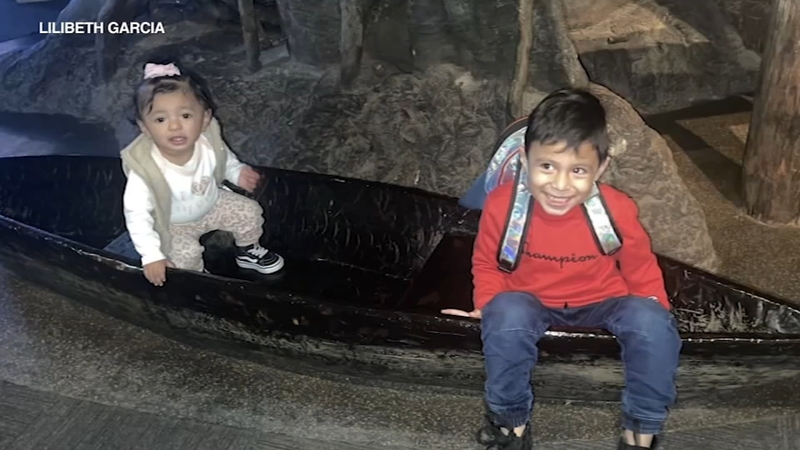 Mom speaks out after carjackers stole SUV with 2 kids inside

CHICAGO (WLS) -- A Chicago mother is speaking out after two carjackers pulled her and her husband out of their car and stole it with their young children still inside in Lincoln Park.

Thankfully, Lili Garcia's kids were not hurt in this incident. But it was a terrifying ordeal for the family, who had their SUV stolen just steps away from the Lincoln Park Zoo with their kids inside.

"I don't know what I would've done if my kids weren't there anymore and they just took them away just like that," Garcia said.

While still shaken up, Garcia said she feels lucky. She and her husband were delivering a package while working for Amazon Flex to the 2100 N. Lincoln Park West building around 8 p.m. Wednesday when carjackers pulled up and stole their vehicle.

"One man just came, got in the driver side and started driving off when my husband is trying to get in the car," Garcia said, "and at the time he basically did tell me he flipped the wheel over so the car would crash, which made the wheel pop on the right rear side."

Garcia said that popped tire is what she believes caused the carjackers to pull over, ditching the car less than a quarter mile away.

Thankfully, with their 1-year-old daughter and a 5-year-old son still in the backseat.

"As soon as I saw him, I hugged him like I lost him for days," Garcia said. "It's the most hardest thing for your kids to be taken away just like that. I don't care if the car is taken, but not my kids. Not with the kids inside."

Chicago police said Thursday there is still no one in custody and detectives continue to investigate.

City data shows there have been 596 vehicular hijacking victims so far this year, up 5% from 567 during the same period last year.

"I just want justice in this case for my kids," Garcia said.

43rd Ward Ald. Michele Smith said Thursday that there will be increased patrols in the area, and $1.5 million has been set aside for cameras and other equipment for the 18th and 19th Districts.