Armed man reportedly approached couple on West Foster Avenue
Sun-Times Media Wire
CHICAGO -- A man ran across the Edens Expressway and was arrested Tuesday after he tried to carjack two people at gunpoint in North Mayfair on the Northwest Side.

The man approached a man and woman, 21 and 19, about 9:10 p.m. as they stood outside their Chevrolet Camaro in a parking lot in the 4600-block of West Foster Avenue, Chicago police said.

He allegedly pointed a gun at them and took the keys to the car, but was not able to get it to drive, so he fired a shot in the air before running off.

A security guard called police, who showed up shortly after and saw the man running across the Edens Expressway, police said. He was taken into custody near some bushes by the expressway.

The man was taken to Swedish Hospital in good condition after complaining about pain in his leg, police said. No other injuries were reported.

Police sources said the weapon the man allegedly used had not been recovered Tuesday evening. 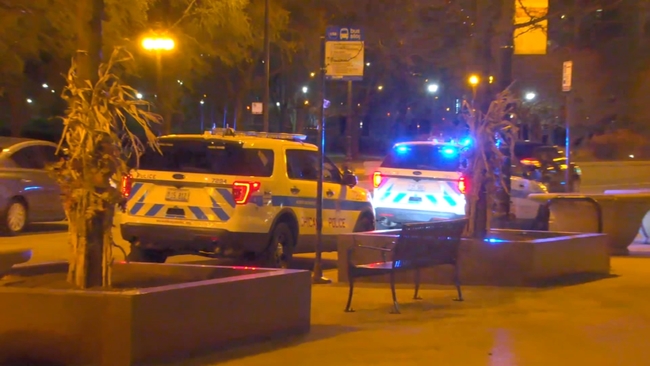