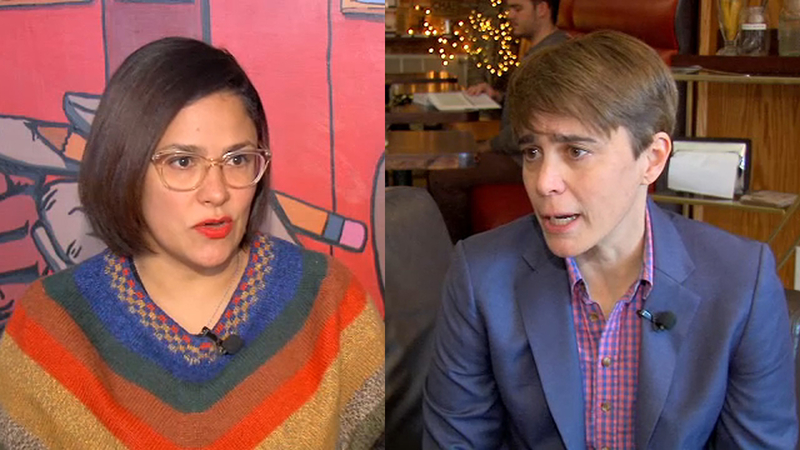 On Tuesday, candidate Rossana Rodriguez will face Mell, who was appointed in 2013 to fill a vacancy left by her father, Dick Mell, who retired after 40 years. Mell is also the sister-in-law of imprisoned former Illinois Gov. Rod Blagojevich.

The ward is majority Latino. If Rodriguez succeeds, she will be the first in decades to unseat an alderman with the last name Mell.

"It's a very diverse ward, I actually don't believe that all the voices are being heard," Rodriguez said.

As a Puerto Rico native who moved to Chicago 10 years ago, Rodriguez said her focus will be on immigration issues and affordable housing. She has made affordable housing, rent control and gentrification her main focus.

"I've seen how people have been pushed out of our neighborhoods, we have lost hundreds of affordable units in this ward," she said.

Mell disputes that claim, stating that affordable units have increased in her ward.

Despite her political roots, Mell said she has carved her own path.

"I knew I had to prove myself, I absolutely knew that and feel confident we have done that," Mell said.

Mell faced a tough re-election fight four years ago and is in another one. Rodriguez forced Mell into the runoff by less than 100 votes in the Feb. 26 primary election.

As someone who grew up in the 33rd Ward, Mell said the fight to keep job is deeply personal to her, but acknowledges she may be a casualty of an anti-incumbency wave.

"Our parks are doing well, our schools are improving and we have a great community," she said.

Mell plans to make an announcement Tuesday about more affordable housing units in the ward.