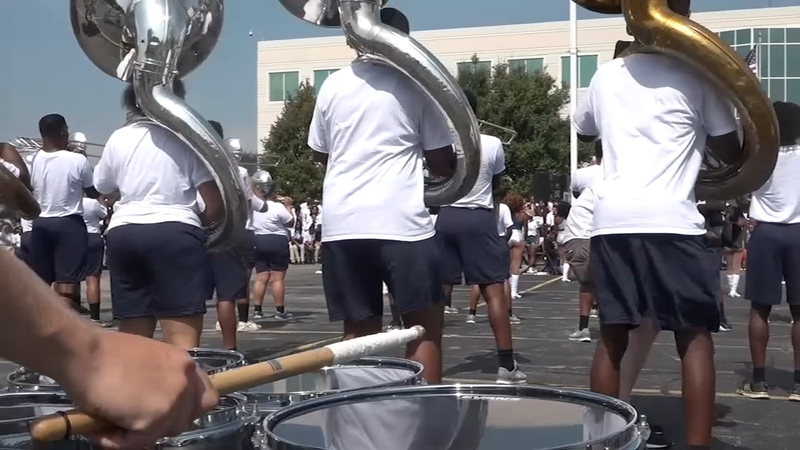 CHICAGO (WLS) -- The annual Chicago Football Classic is back.

This year, Historically Black Universities, Hampton and Howard are going head to head - in a game of football and a battle of the bands.

The rivalry between the two schools is as old as time. This weekend, they'll have a chance to prove who is best.

But before the schools take Soldier Field, Hampton University is hitting the pavement at Southland College Prep High School.

"Coming back home is really a surreal feeling," said Khadijat Aboderin, Southland College Prep Alumna. "It feels like I'm not here but I know I'm here."

Aboderin is a freshman at Hampton University playing the saxophone. But she's not the only Chicagoland native to play with The Marching Force.

Genesis Cunningham went to Butler College Prep on the lower south side. Now, she's at Hampton too.

"I haven't been home since Christmas break of my first semester of college so being back at home feels really good. I'm excited, overly excited," Cunningham said.

So to be performing in the same show they once watched growing up is surreal.

"I went to the classic last year watching Morehouse and Miles perform and was like 'Wow, what if that was me'," Aboderin said. "Now it is me. It's really crazy seeing that transition of me now being on the field and performing."

"I also have a chance to show the people I was watching with in high school that doing it in high school versus college is the same thing, just doing it on a bigger level," Cunningham added.

And when the show is over, these two hope people walk out of the stadium knowing which school is number one.