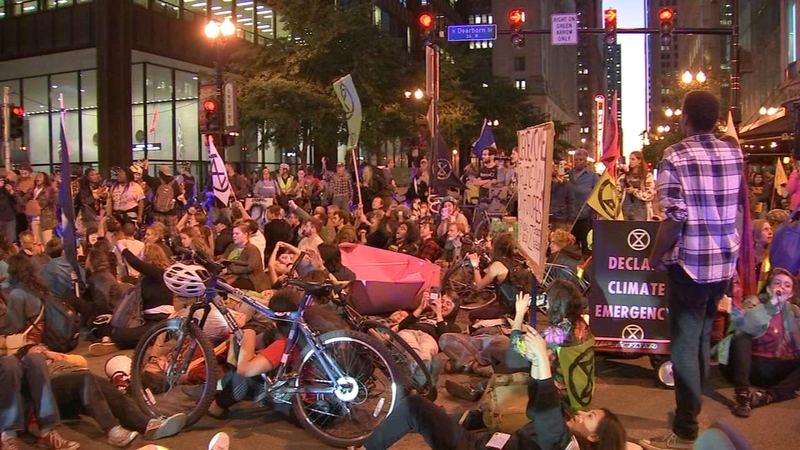 The IL Youth Climate Strike joined activists and climate change action supporters for a march and die-in as part of the Occupy City Hall events.

The march went from Trump Tower to Daley Plaza, and some protesters laid down in the streets, blocking traffic, as part of the die-in.

The organization is demanding Chicago Mayor Lori Lightfoot to declare a climate emergency, and for Gov. Pritzker and the Illinois General Assembly to pass the Clean Energy Jobs Act (CEJA), according to a statement issued Monday by the organization.