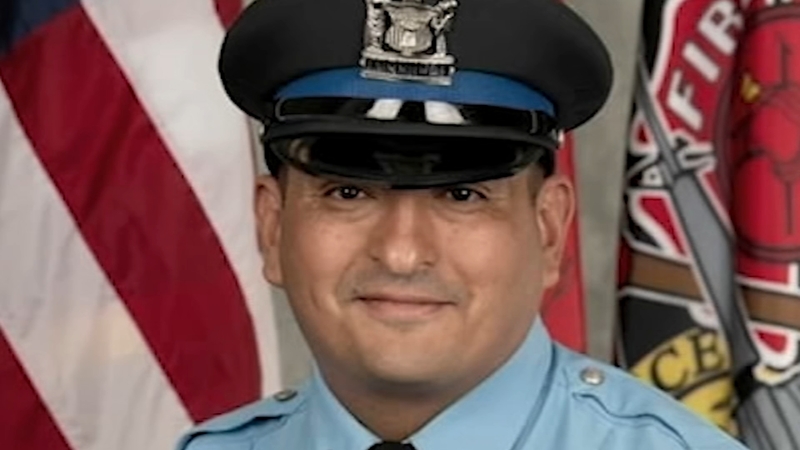 Maria Araujo said her son started feeling sick with a fever on March 25 and then went to the hospital a few days later.

"Every day I would call like three times in the morning, in the afternoon and the night to see how he was doing and he say he's OK," she said.

But Tuesday night she got a call saying her son was in respiratory distress and 20 minutes later, he died.

"He was a wonderful kid. He was a very active boy. He helped everybody," Maria Araujo said.

Purple bunting now hangs from his firehouse in the Rogers Park neighborhood where the flags have been lowered to half-staff in his honor.

"We're devastated by this," said CFD 2nd District Deputy District Chief Brian McKermitt. "A lot of times when we have a loss, we know what we're dealing with or how it's affecting us this loss is a little different."

Araujo was assigned to Engine Company Number 102 in the 7300-block of North Clark Street. He worked on Truck 25. One of his colleagues on the first shift has now testing positive for the virus.

"He's at home right now," McKermitt said. "They're monitoring him. Right now, it doesn't seem like he's having any serious signs or symptoms but of course he is being monitored by the fire department"

CFD is asking that people pray for the firefighter's family and his colleagues, saying his service will never be forgotten.

Chicago Fire Commissioner Richard Ford II said in a statement, "I regret to inform you all that we have lost a dedicated member of the Chicago Fire Department (CFD) due to complications from COVID-19. Firefighter Mario Araujo passed away this evening, April 7th. He was 49 years old and joined the CFD in October 2003. Firefighter Araujo spent most of his career on Truck 25 located on the far North Side of Chicago. This tragic loss underscores the seriousness that we face as a city and a nation. CFD members put themselves in harm's way without hesitation to selflessly uphold the oath they took to be there for every person they encounter during an emergency situation. Firefighter Araujo's service will never be forgotten. We ask that the entire city extend prayers for Firefighter Mario Araujo, his colleagues, and his entire family. May God bless his soul."

In addition to working as a Chicago firefighter, Araujo also worked part time for the Rosemont Fire Department, joining in 2015.