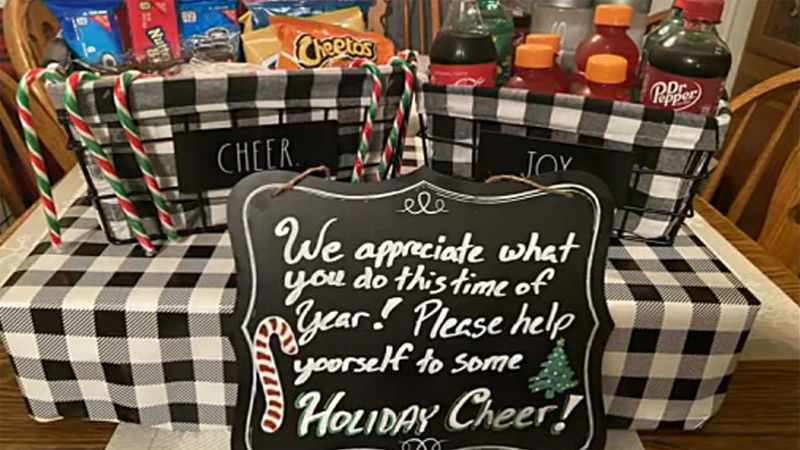 Chicago couple gives back after COVID-19 cancels their wedding

CHICAGO -- A couple in Chicago is making spirits bright despite the pandemic canceling their wedding.

The couple was supposed to be getting married next weekend. Instead, they gave some extra holiday cheer to the deliverymen and women in a neighborhood outside of Chicago during the busiest season of the year.

COVID-safe individually packed snacks and drinks were compliments of Bradley Carter and Brittney Peters. When they were forced to call off their wedding, they decided to give the treats they'd already bought for their guests to the delivery workers in the area.

Brad shared videos to TikTok of the deliverers' reactions, which racked up millions of views.

"A hundred thousand turned into a million and we were like what is happening!" he said.

The couple said they're happy to spread a little bit of joy this time of year.

"It's just letting people know that we appreciate them. Just a little love because you don't know people's lives and the kind of day they had," Brittney said.

"It's not a huge gesture, but it means a lot," said Brad.

And based on the reactions they've gotten, they're looking ahead to doing it again.

"We're already thinking of ideas of how we can have the snacks out there when it's raining and it's snowing," Brad said.

"I told him I think we're going to need a tent," added Brittney.