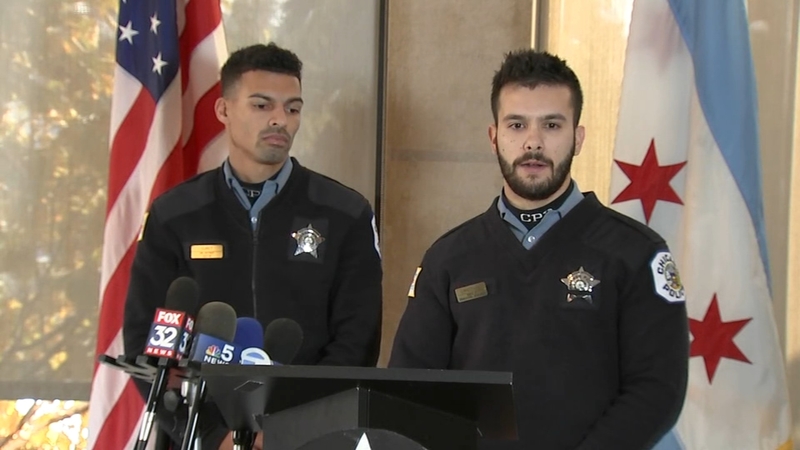 CHICAGO (WLS) -- Chicago police say two officers are responsible for saving a child from a burning car last Friday on the West Side.

A Range Rover was driving westbound on Washington Boulevard when it crashed in the intersection with a Toyota sedan driving north on Cicero Avenue at about 3:10 a.m., police said.

Officers Ramon Curet and Raul Sandoval arrived on the scene and found a vehicle upside down and on fire. A child was trapped inside the car and a girl was injured outside of it. The officers cut the seat belt and pulled the child to safety before the car became engulfed in flames.

"The driver of the car that was involved in the accident was trying to remove the kid from the vehicle but was unable to, so I stepped in and used my knife to cut the belt and pull the kid out of the burning vehicle," Officer Sandoval said.

"So while my partner was taking care of the child in the car, I took the responsibility to help her while I was calling for an ambulance and making sure that she was okay," Curet said.

The child and four others sustained minor injuries and were treated at Stroger Hospital.