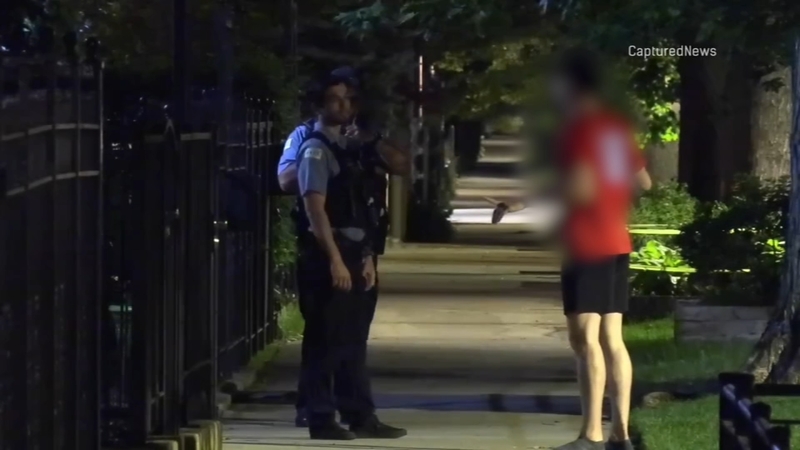 Teens robbed at gunpoint by 3 armed robbers in Roscoe Village

CHICAGO (WLS) -- A Chicago father said his son is terrified after he was robbed while walking home from playing baseball in Roscoe Village.

He said his 18-year-old son and the teen's friend are physically OK, but are shaken up after a trio of thieves targeted them.

The attack happened Wednesday around 10:20 p.m. as the boys walked home from Hamlin Park on Barry Avenue as the friends neared an alley.

"Three assailants jumped out," said the father, who did not want to be identified. "They seemed to be waiting for these kids and jumped out and revealed their guns and really, really quickly said, 'give me what you have.'"

The teens complied and the robbers got away with a cellphone, a wallet, and some baseball equipment.

Neighborhood residents said there may be security camera video of the attackers escaping the wrong way down a one-way street.

"It's just astonishing because this neighborhood has nothing commercial in it and that store closed down, so we don't really have any reason for people to be coming here," resident Carol Sohl said.

Chicago police have not said if the attack is linked to a rash of armed robberies in the area and some other city neighborhoods. But they have issued a community alert warning of the danger.

In all eight robberies, which happened between June 20 and Wednesday, there are only vague descriptions of the suspects who all wore masks and each traveled in a white SUV.

"It really makes my heart sink," resident Emily Debouver said. "It's really scary and I don't like the thought of that infiltrating our neighborhood because it's so safe."

Meanwhile as authorities ask people to be alert and be aware of their surroundings, the father of the teen said he's just grateful neither 18-year-olds were hurt or killed.

"That's the biggest thing I'm thankful for, so I'm glad about that," he said.