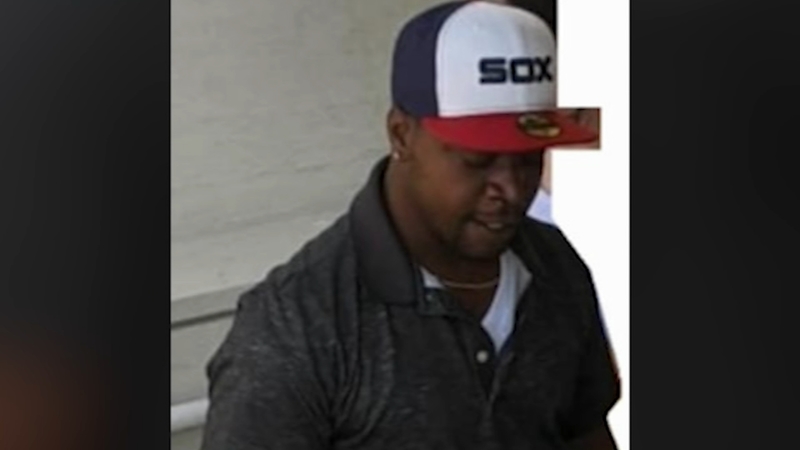 CHICAGO (WLS) -- Federal law enforcement officials in Chicago are asking for help solving a month-old hate crime at the Argyle Red Line CTA station on the North Side.

FBI Agents say the suspect yelled an ethnic slur at an Asian-American man and then attacked him from behind; telling the victim he deserved it. They say it is an example of a national surge in hate crimes.

"The incident in question occurred around noon on August 15th. It was a Sunday afternoon and our victim was entering the station on the Red Line, as they entered they were followed by a black male ages 30 to 40, who assaulted them violently from behind on the stairs, as they fell to the stairs, they asked the assailant. 'Why did you do this?' and then they were told, you deserve it, and were called an ethnic slur," said Siobhan Johnson, FBI Chicago.

Agents released a wanted poster for that man, further described as having a thin goatee, right ear diamond stud, jewelry on both wrists, a gold neck chain and that White Sox hat.

The incident happened in August, just before the FBI released new data showing a 25% national increase in racial and ethnic hate crimes.

In Illinois during 2020, African-Americans were most frequently targeted, up from the previous year. Even though the state's reported hate crimes total fell that year, federal officials have noted more than half of all hate crimes went unreported by victims during a several year period from 2011 to 2015.

This recent Chicago case is especially jarring to Asian Americans.

"The concern is that this may be part of a national trend against Asian Americans with violence that we have seen over the past year associated with Coronavirus, but really whatever the reasoning, the FBI concern is still the same, to protect people from being victims of this type of crime. So, regardless of why they targeted this individual specifically, you know, we're going to go at it with the full force of everything we can to make sure that justice is done," said Johnson.