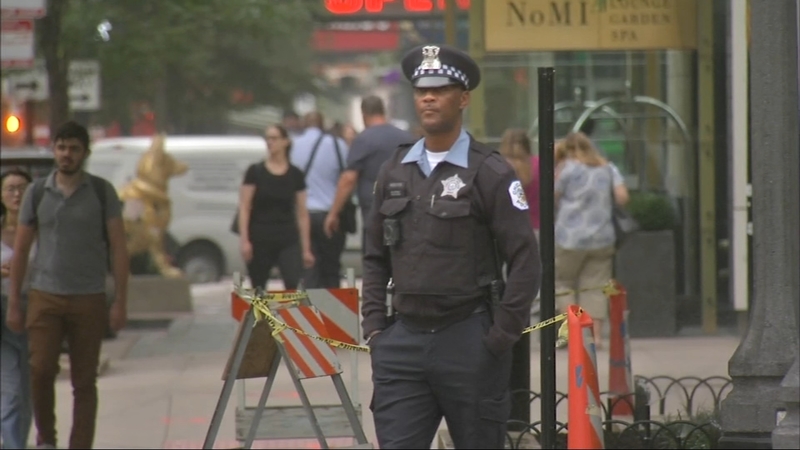 CHICAGO (WLS) -- Chicago police have issued alerts after a series of armed robberies and cell phone thefts on the Near North Side.

At least four armed robberies have been reported. Police said the offender starts up a conversation with victims, then pulls out a gun and robs them.

"They're showing a gun now when there's resistance, so if the person tries to fight back, they're pulling out a gun, which we haven't had that problem in the past. It's new," said Bob Johnson, safety chairman of the Streeterville Organization of Active Residents.

The armed robberies occurred in the:


Police have also issued another alert a pair of robbers are ripping cell phones right out of people's hands on the Near North Side.

"More recently, it's been people in cars that have stopped opposite a victim, jump out of the car grab the phone jump back into the car and take off," said Bob Johnson, safety chairman of the Streeterville Organization of Active Residents.

Police said at least seven people had their phones stolen in the last month.

The robberies occurred in the:


The robberies have residents in the area on alert.

"Just reminds people that, you know, were in a big city just be safe," said resident Judy Aiello.

"I'm actually not shocked because it's happening all the time," said Lori Allen, who works in the area.