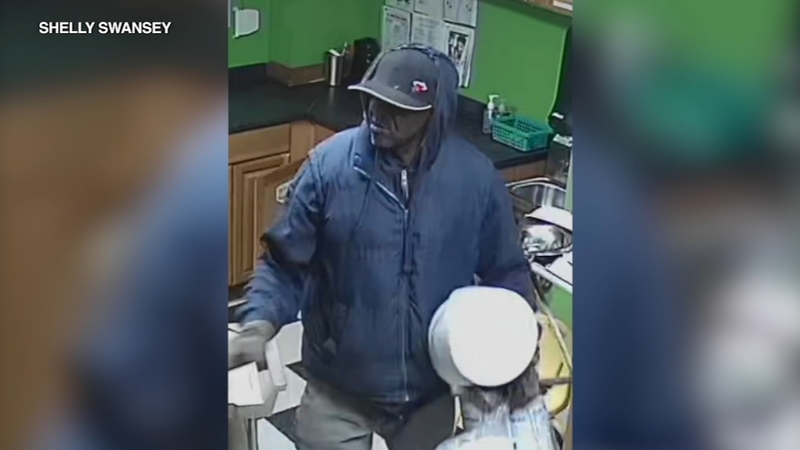 CHICAGO (WLS) -- Chicago police have issued an alert after a series of burglaries and break-ins at churches and a day care in the West Pullman neighborhood.

Police said the burglars have pried open doors and broken windows to gain access to the churches before taking money, musical equipment, computer equipment and more.

Shelly Swansey owns Laughs and Giggles Children's Academy and Joyful Steps Learning Center near 119th and State streets. She estimates that she has lost $80,0000-$90,000 in stolen times after her businesses have been burglarized seven times.

"We were blessed to get $9,000 from the Cares Act andwe were able to get our PPE," Swansey said. "I ordered all of the stuff and unfortunately maybe they were looking when I brought the stuff in but literally the next night they came into the school and stole everything."

The burglars have been captured on security cameras.

Her day care center sits across the street from Greater Canaan Missionary Baptist Church, another spot recently broken into. In fact, Chicago police say at least three churches have been burglarized since February.

Pastor Josh Reese runs the West Pullman Church of God. His place of worship has been targeted three times, most recently, just a week ago.

"They took our keyboard, the mini PA system that was part of it, they destroyed our safe, so happy we had nothing in the safe. They destroyed one of the downstairs doors," he said.

Pastor Reese said his church has been virtual since the pandemic, but has still managed to hold food pantries for the community and plans to come together with the other churches victimized to raise awareness and funds.

In at least three of the cases, surveillance cameras were on and images were captured of the crimes taking place. Police said they are investigating.