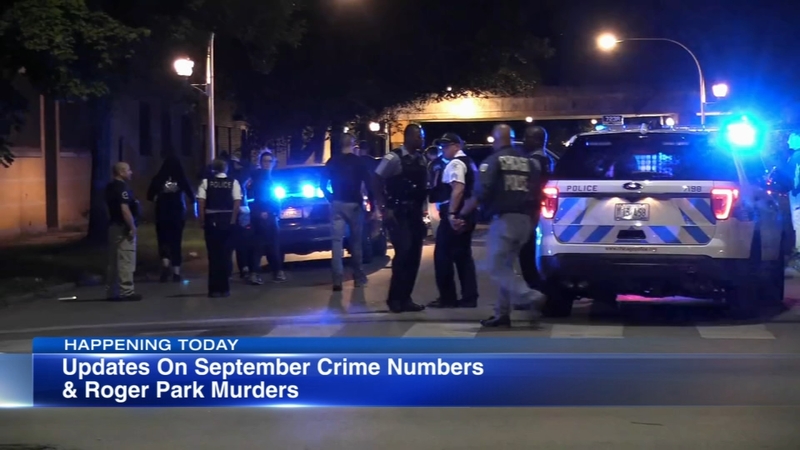 CHICAGO (WLS) -- Chicago police have released crime numbers for the month of September showing gun violence across the city has remained at a four-year low through the end of the month.

Chicago police are inviting the media to a roundtable discussion at 11 a.m. then in the afternoon, Mayor Lori Lightfoot will hold a news conference at City Hall right after her weekly meeting with CPD about crime.

Superintendent Eddie Johnson will not be at the roundtable discussion as he is traveling to London to watch the Chicago Bears play the Oakland Raiders Sunday.

Someone will be noticeably absent from his monthly press briefing on crime statistics this morning as Superintendent Eddie Johnson caught a flight across the pond to support his beloved @ChicagoBears as they battle the @Raiders this weekend. #DaBears pic.twitter.com/khLgQX4VwC

The police department is also expected to release an update Tuesday afternoon on the unsolved murders in Rogers Park from one year ago.

Douglass Watts, 73 and Eliyahu Moscowitz, 24, were shot to death less than two days apart. The gunman still has not been found.

There is a reward for information leading to the killer's arrest. Police say the suspect was caught on surveillance video.

"The fact that they haven't found him in a year, they have got no closer," said Randy Hassen, resident. "They have no clues, this guy could have slipped away into thin air."