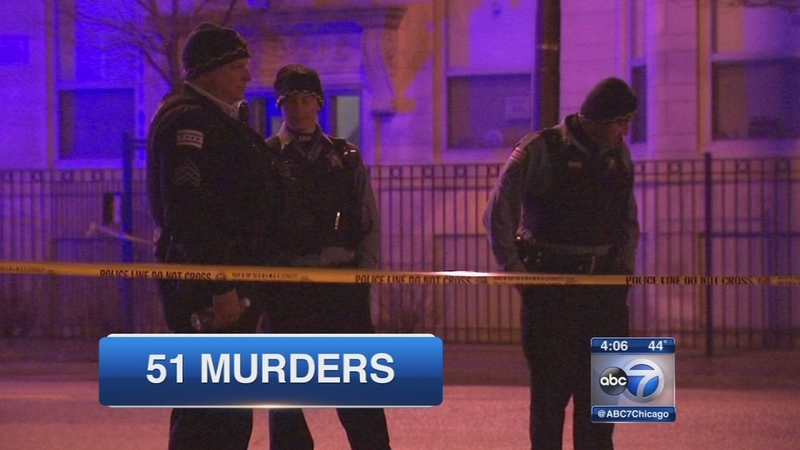 CHICAGO (WLS) -- The Chicago Police Department released the city's latest crime numbers overnight. January 2016 was the deadliest start to a year in 16 years.

"We can't put a finger on it, I mean, believe me, we talk about it every day," Escalante said.

Escalante says the majority of the violence is gang-related, with 50 percent of the murder victims identified as known gang members. He says shootings are often a result of personal petty disputes that are fueled by social media.

To address the spike, the department is moving more than 350 officers and over 30 sergeants from foot patrol to vehicles. Weather permitting, bike patrols will be used as well.

"Right now, we think we can better utilize them by making more visible and getting them back in cars," Escalante said.

While shootings and murders are up, street stops were down by 80 percent in January. CPD says much of that has to do with a new two-page form officers must fill out when making a stop. The old form was the size of an index card, and officers are in the process of being trained on the new form.

"We are pretty confident once getting up to speed on training these numbers activity will pick up again," Escalante said.

Escalante does not believe the drop in stops is tied to the increase in murders, but some cops disagree. The Fraternal Order of Police is convinced less aggressive policing in today's current environment has an impact on crime.

"The ability to do your job underneath a fish bowl of what happened right now is incredibly detrimental to policing," said Dean Angelo, president, Fraternal Order of Police.