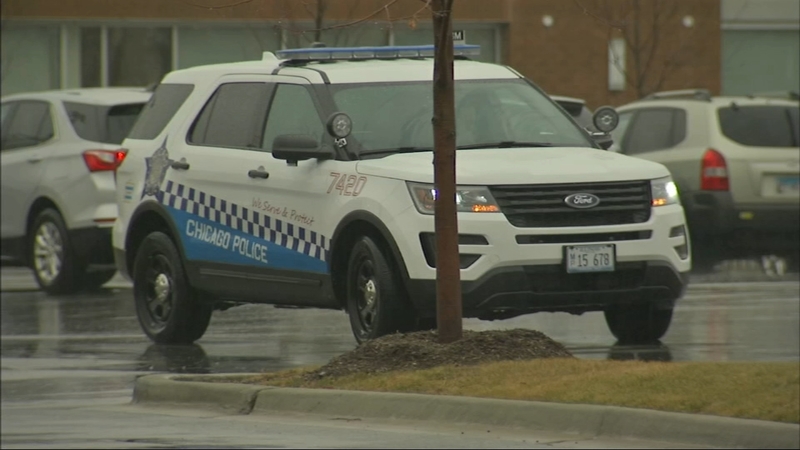 Earlier this year, CPD says the department set a goal to cut down the number of robberies in the city. Thursday, the department celebrated a 19-percent drop.

"When we have a reduction like this we're really pleased about that because that really impacts the citizens, the everyday citizens in the city," said First Deputy Supt. Anthony Riccio. "These impact everyday people, people who are good people, legitimate people going about their daily lives."

In the past week, Chicago police says officers have made more than 45 robbery arrests including one today on North Kenmore Avenue.

In that incident, police say the robber had a gun and tried to get away until officers caught up with him as he tried to escape on Red Line.

"As the doors closed, the officer, one of the officers, literally pulled open the doors, they reached in and they pulled the offender out," said Cmdr. Marc Buslik.

Police officials say they credit a targeted robbery suppression campaign centered around the holidays in addition to tracking down trends from offenders.

"What we see with robberies is they are pattern crimes so the guy that goes out that commits a robbery today is probably going to commit a robbery tomorrow and the next day until we take him into custody," Riccio said.

The campaign, officials say, has contributed to an 18-year low in robbery incidents in nearly half of the city's 22 police districts including Logan Square, Wentworth, Gresham, Englewood and Morgan Park.

Each district assigned about a dozen investigators to this robbery enforcement team made up of plain clothed officers and detectives who focused patrols on several hot spots where robberies are historically high.

While officers say this is a step in the right direction, they know more work needs to be done.
Neighbors in Logan Square say robberies are still an issue for them-- especially on the side streets-- and they say they would like to see more police patrols year round.

"There is a lot of crime over there by the L station when you leave the L and then the streets on the side because the lights are not bright on those sides. So they are just coming out of the bushes," said Logan Square resident Alvarado.

"I don't come out at night no more because I don't want to fear for my life and I don't want that to happen to me," said Logan Square resident Luis Morell.

Luis Morell and others we spoke with say they still want to see an increased police presence in their areas to help cut down on more violent crime-- something CPD says the department is working on.

"While all this progress is encouraging, we still have a lot of work ahead of us and we still continue to invest in data driven strategies that will help us stay one step ahead of these crime patterns," Riccio said.