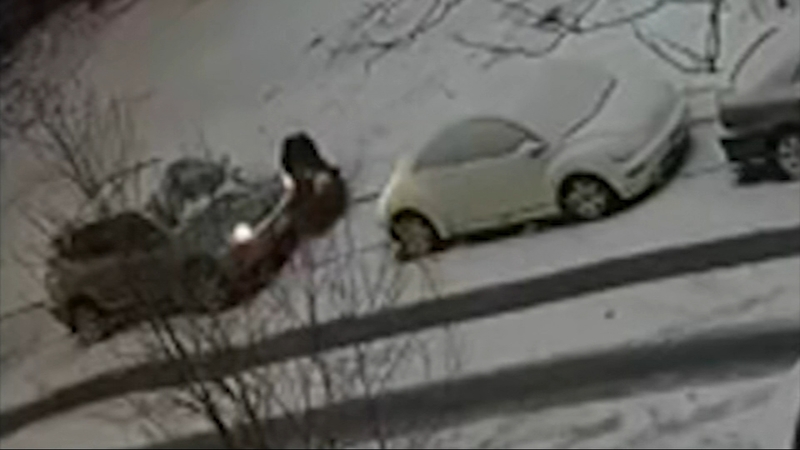 Chicago police said at about 7 a.m. a 48-year-old woman was clearing snow off her car in the 3000-block of North Keating Avenue when she was approached by an unknown man. He threw her to the ground, grabbed her purse and attempted to flee.

The entire incident was caught on video by a neighbor's surveillance camera. The man can be seen walking down the opposite side of the street. He spots her, darts across the street, and ambushes the mother.

"I was on my way to school and she called me, and I was on the bus and I started shaking and I was like, 'What the hell,'" said Ashley Barrianto, victim's daughter.

The victim's husband heard her screaming and sprinted out of the house. Moments later, he tore off in the car she'd just cleared of snow, giving chase.

Neighbors also chased down the thief. Somewhere near Cicero they said he grabbed the wallet and ditched the purse; he'd snapped the strap in the struggle to steal her belongings.

"I felt bad because it was like, why? Why my mom?" Barrianto said.

Bruised and scraped up, the family is now worried for their safety.

"It makes me feel scared now that it's happening," Barrianto said. "I was feeling safe and now I don't want to go outside no more."