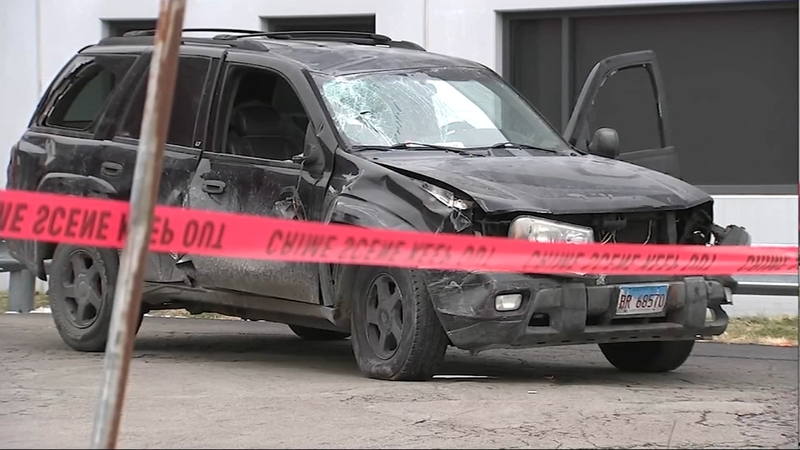 CHICAGO (WLS) -- Staff members rushed to aid a man who was fatally shot Friday morning outside an elementary school in Austin on Chicago's West Side.

The gunman approached the victim as he was stopped in front of the Moving Everest Charter School where his girlfriend was dropping off her 6-year-old son for school.

Police said the 28-year-old victim was in the driver's seat of a black SUV around 9:30 a.m. when the gunman walked up and fired at point blank range. A witness who wants to remain anonymous watched from nearby. She heard about a dozen shots.

"I was just scared. I didn't know what was going on. I'm still shaken up," she said.

Teacher Scott Musso, a volunteer EMT, and school nurse Amanda Thorsen heard the commotion outside and sprang into action.

"You hear that someone is hurt and in need so you do what you're called to do," Thorsen said.

They began performing CPR while the victim was still strapped into the driver's seat, with the door locked and the window shot out.

"We did attempt to get the individual out of the car but were unable to," Musso said.

When paramedics arrived, they pronounced the driver dead. His name has not yet been released.

In the meantime, the school went into lockdown mode. It was something they have practiced, but never had to do for real.

"It really helped to decrease the amount of panic and the stress on the kids and the teachers so they could react appropriately," said Mike Rogers, Moving Everest school founder.