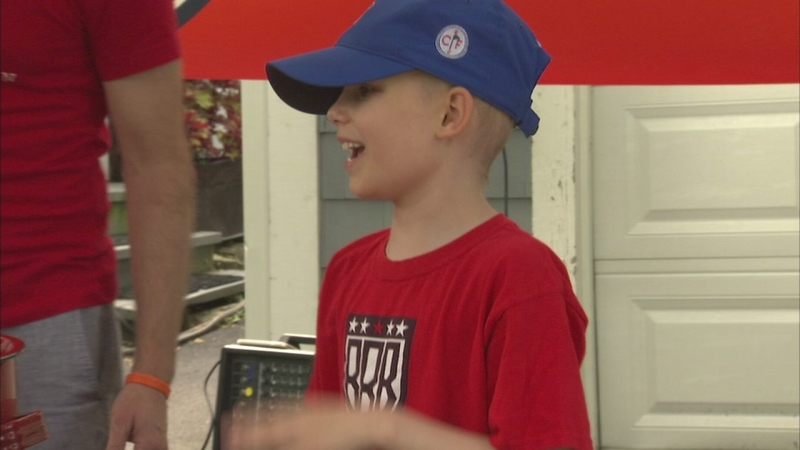 Benjamin said it feels good to have the support of Rizzo, who celebrated eight years of being free of Hodgkins Lymphoma. Rizzo's best advice, Benjamin said: "Don't be afraid

It's been nine months since Benjamin's diagnosis and the Burke family has been overwhelmed by support in their Brave for Benjamin campaign.

"When you're at your lowest and you feel so weak, it's easy to be lifted up by a community of people that cares," Burke said.

On Sunday, Benjamin and his family organized a lemonade stand which raised more than $20,000 for the Anthony Rizzo Family Foundation, and sparked a Twitter shout-out from Rizzo himself.

Proud of my friend Benjamin who raised 20k for ARFF. Battling cancer himself he is standing up and helping others 🙌 pic.twitter.com/qbrCpZE0tz