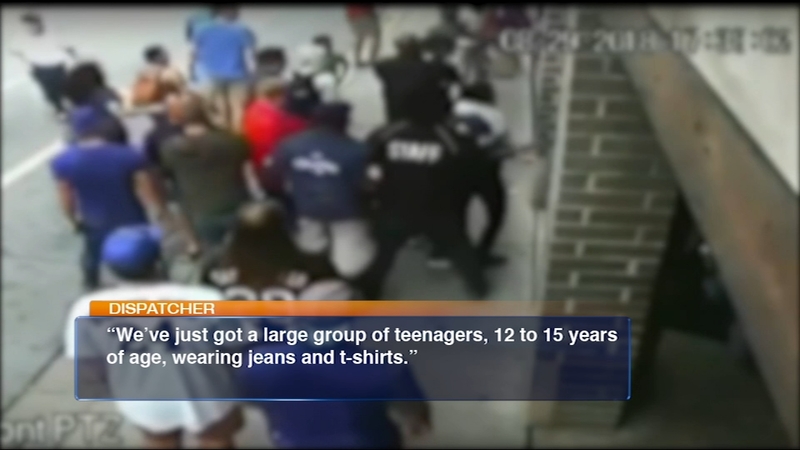 CHICAGO (WLS) -- Ten juveniles have been charged after they allegedly assaulted, battered and threatened several people and businesses in the Wrigleyville neighborhood following Wednesday's Cubs game.

The chaos was captured on surveillance video from businesses lining Clark Street.

Police said it started at Walgreens, where the group was seen stealing enough candy to fill backpacks, which they then tried to sell outside the Friendly Confines.

But the trouble escalated after the game; police were inundated with 911 calls for about two hours.

"Can you head to Clark and Newport, Newport and Clark, for a group of males - about 15 males - who just attacked another guy in a bar," a 911 dispatcher tells police.

The group headed south on Clark Street committing back-to-back crimes: attempting to shoplift from stores and robbing pedestrians, among other things.

Police arrested 10 of them at the Belmont Red Line station.

"I mean, it's wild. I didn't know something like that would happen around here. It's kind of scary, too," said Jenna Roach, Lakeview resident.