Historic black newspaper, the Chicago Defender, goes digital after more than a century 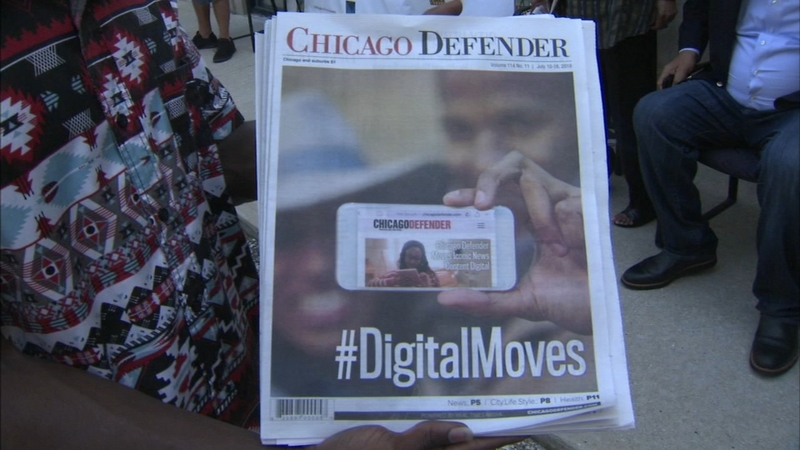 CHICAGO -- Wednesday's edition of the Chicago Defender is the last one available in print.

After more than a century as the main source of news for generations of black Chicagoans, the iconic Chicago newspaper will now only be available in digital form.

"We grew up with the Defender," said reader Lawrence Keenon. "It is a primary icon in the black culture. It hurts me to my heart."

Like Keenon, 100-year-old civil rights activist and historian Timmel Black and Reverend Jesse Jackson were among the many readers coming by the paper's offices to pick up a copy of the final issue.

"Ida B Wells wrote for the Defender. It covered our humanity," said Reverend Jackson.

"Change is inevitable, it just makes sense for us to go into a digital platform," said Chicago Defender Vice President Dyanna Knight Lewis.

The difficult decision brings a close to part of the newspaper's 114-year history that includes driving the great migration of blacks to Chicago from the south.

"The Chicago Defender was an instrumental part of the black migration. It would not have been the same without the Defender," said Columbia College Chicago journalism teacher Curtis Lawrence.

It also helped to establish the African American vote in politics as well as cover neighborhood news.

"It was so iconic," said Chicago Defender contributor Carl West. "All of our great thinkers and thought leaders wrote for the defender, so it was history every time I touched it."

Founded in 1905 by publisher Robert Abbott, the Defender evolved into a national voice for the black community in the civil rights movement while documenting racism, most notably the murder of 14-year-old Emmet Till.

While the print edition will be going away, other staples of the Chicago Defender like the Men of Excellence special event and the Bud Billiken Parade will remain.

Some may see the change as a sign of the decline of black media, others said its proof of the resilience of the African American narrative.