The Race for Chicago Mayor: The People's Forum 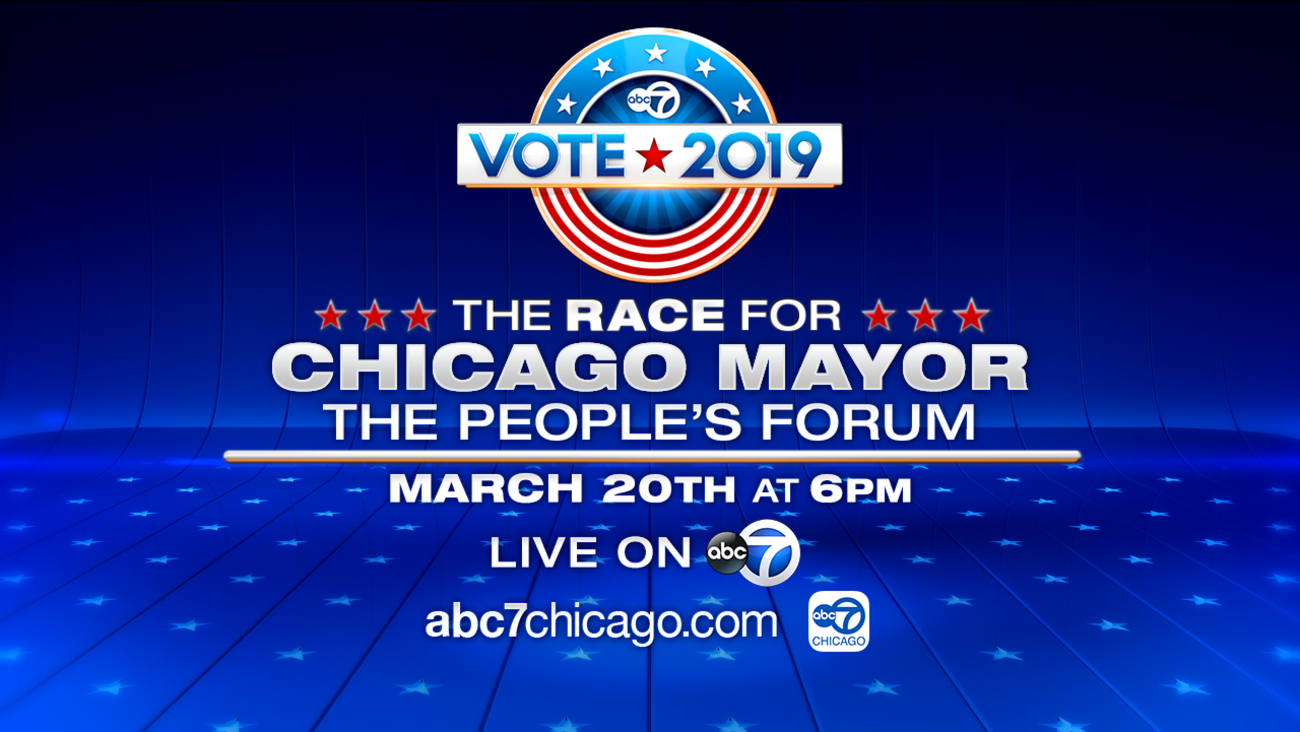 ABC 7, Chicago's most watched television station and the premier broadcaster of countless local debates for more than two decades, will showcase LIVE, The Race for Chicago Mayor: The People's Forum, Wednesday, March 20 at 6 PM at the ABC 7 Studios.

The Race for Chicago Mayor: The People's Forum will be rebroadcast the same day at 7 PM on WCIU-TV and will also be streamed on abc7chicago.com, the ABC 7 Chicago Facebook page and news app. Univision Chicago, WGBO-TV, will stream the forum live on their app and will broadcast it on Friday, March 22 at 6 PM.

According to John Idler, President and General Manager, ABC 7 Chicago, "This forum will be an opportunity for all Chicagoans to hear how our next mayor plans to solve some of the challenges facing our city, and to learn from the candidates, about the opportunities that will drive our future growth."