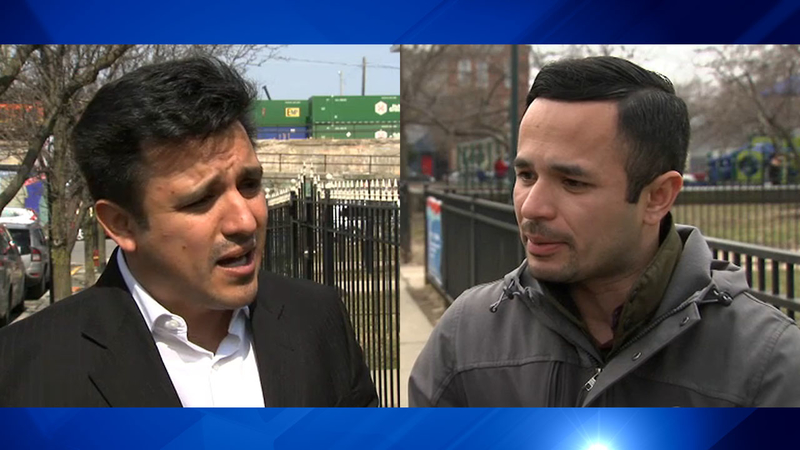 CHICAGO (WLS) -- Chicago's 25th Ward will have a new alderman next week for the first time in more than 20 years.

On Tuesday, residents in Pilsen, Chinatown, University Village and parts of the West Loop will vote for new representation after embattled Alderman Danny Solis decided not to run for re-election.

Bryon Sigcho-Lopez is not about to let his aldermanic opponent's big sign stop him from convincing a homeowner to vote for him. With four days to go, Sigcho-Lopez and candidate Alex Acevedo were knocking on doors looking for every vote they can get in the 25th Ward.

"What really stands out about me is I was born and raised in this community," Acevedo said.

As a registered nurse, Acevedo says his main priority is cleaning up Pilsen, known as one of the city's most environmentally toxic communities.

But recently, the ward has suffered from a different kind of toxicity: corruption allegations surrounding Solis.

"We cannot talk about change if we accept the money from those same developers some who are in those investigation papers," Sigcho-Lopez said.

As Sigcho-Lopez vows to fight corruption, lately he's defending an investigation of alleged vote buying by his supporters.

"The suggestion that my campaign has been involved in any wrongdoing is unequivocally false," he saisd.

With the promise of making sure corporations and developers pay their fair share of taxes, Sigcho-Lopez hopes to win with new endorsements announced Thursday by one of his former opponents and former mayoral candidate Amara Enyia.

Acevedo says his support comes from a broad coalition of people who are counting on him to protect the diverse character of the ward.

"One of the most pressing issues we have in this ward is how do we protect our sense of community with all this rapid over development?" he said.