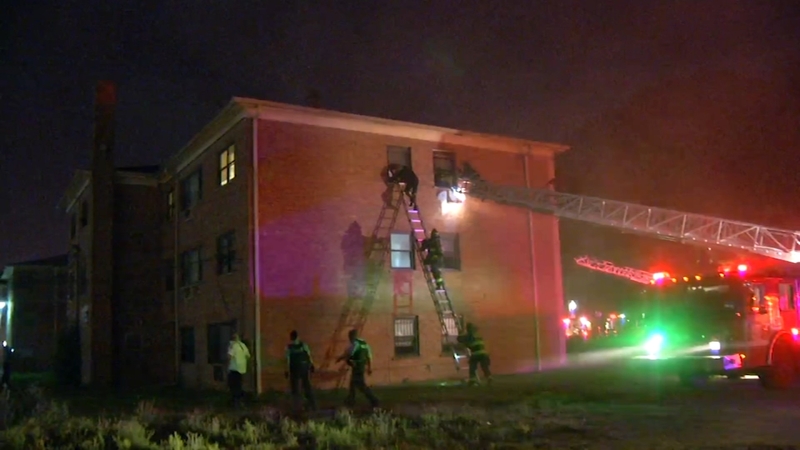 CHICAGO (WLS) -- Chicago firefighters used ladders to rescue several people from the higher floors of a South Side apartment building after a fire broke out early Friday morning.

Fire officials said the fire started around 1:15 a.m. inside a garden apartment on the north side of the building, which is located in the 8000-block of South King Drive in the city's Chatham neighborhood.

"Two o'clock in the morning, and you out here, no place to lay your head. You're done. So what are you going to do?" asked Douglas Samuels, who lived in the building.

Two residents were taken to the hospital in serious condition. One firefighter suffered a minor injury.