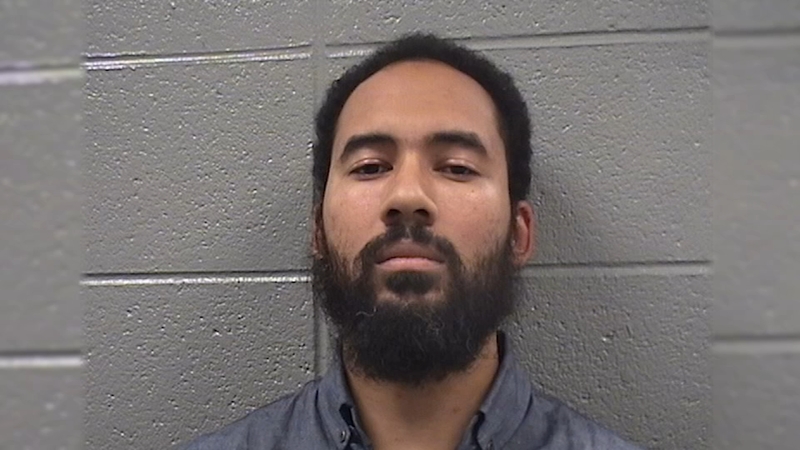 A South Side man is being held in the Cook County jail nearly three months after authorities say he went on a high-speed, tequila-fueled joyride that killed a retired Chicago fire department commander and his wife.

Doran Sims, 30, has been charged with two counts of aggravated driving under the influence of alcohol causing death in the early morning crash on July 29. Police said Sims was seen weaving back and forth on 103rd Street before plowing his vehicle into a car driven by 63-year-old Richard Biehl and his 60-year-old wife Susan. The impact caused the Biehls' vehicle to flip onto its roof.

"He spent his entire career coming to the aid of other people, motor vehicle accidents, medical emergencies," said assistant deputy Chicago fire commissioner Mary Sheridan, who oversees CFD's emergency services operations. "It's really tragic that he and his wife Susan were killed by a drunken driver in a motor vehicle accident."

Biehl was retired from the Chicago Fire Department where he served for more than 30 years. He and his wife left behind several children and grandchildren.

Sims, who allegedly told investigators on the scene that he had been drinking tequila prior to the fatal collision, had a history of driving problems. According to state records obtained by the I-Team, his license was suspended at the time of the far South Side crash in July. Sims had failed to obtain insurance as required by state law according to officials with the Illinois Secretary of State's office. His driving history also shows several other traffic convictions dating back to 2013, for violations that included speeding.

Sims was critically injured in the crash and taken to University of Chicago Medical Center. He underwent treatment for weeks. Upon release, authorities took him into custody last week on the DUI charge. He was being held Tuesday on $50,000 bond and still in custody, according to Cook County jail records.

Biehl started work at the Chicago Fire Department in 1985 and retired in late 2012 as an ambulance commander. In the 1970s he had also volunteered with the fire department in suburban Crestwood, where he grew up.

At the time of the collision, Chicago fire officials tweeted that it was a "senseless loss of life."

"We still think about Richard's family," Sheridan said. "He was a devoted grandfather, father, and we want his family to know we're still thinking about him, and we won't forget him."