Firefighter rescued after floor collapse during fire in South Side duplex 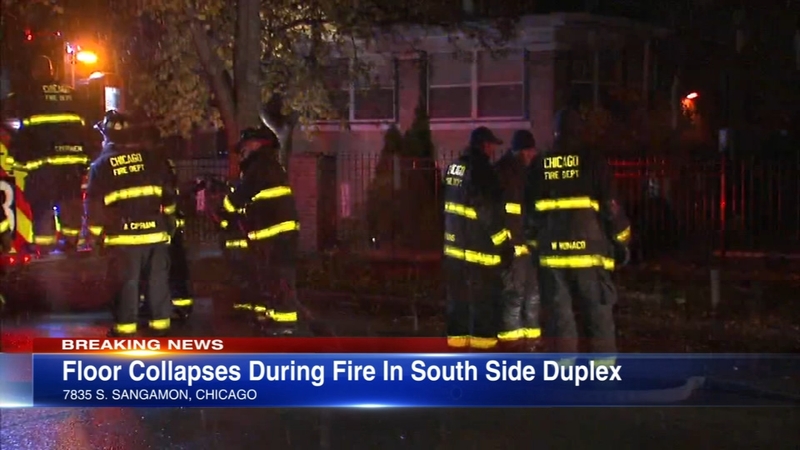 Firefighter rescued after floor collapse during fire in South Side duplex

CHICAGO (WLS) -- Fire ripped through a South Side house, causing a collapse and the need to rescue a trapped Chicago firefighter Friday morning.

The fire broke out in the 7800-block of South Sangamon Street and there was heavy fire coming from the north side of the building, the Chicago Fire Department said.

Firefighters went inside to rescue residents. During that search, the top floor collapsed onto the first floor, a firefighter was trapped inside. That's when a mayday call was sent out.

"While conducting our searches, we had a collapse of the second floor down to the first floor," said CFD District Chief Dan Cunningham. "One of our members was trapped, which was the need to call for a mayday. He was briefly trapped and with some assistance, was able to get himself out of the first floor."

Two people were inside the two-story duplex. One person made it out on their own, another was rescued. The fire was struck out before 4 a.m., CFD said.