2 killed in Back of the Yards house fire 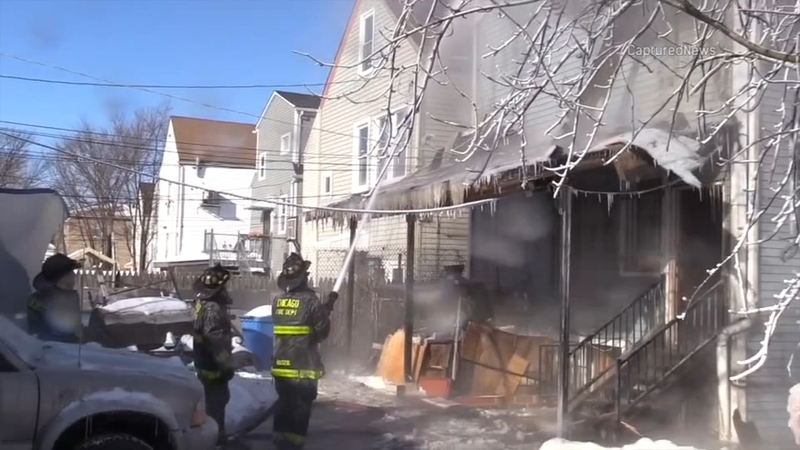 2 killed in Back of the Yards house fire

CHICAGO (WLS) -- Two people were killed in a house fire in the Back of the Yards neighborhood Wednesday morning, the Chicago Fire Department said.

The firefighters responded at about 8:37 a.m. to a fire in a two-and-a-half-story home in the 2000-block of West 53rd Street, CFD said. The fire has been struck out.

A 16-year-old boy and 24-year-old were in the attic when firefighters said they became trapped and died. Authorities have not released their identities.

Others in the house apparently tried to get to the victims.

"We knew right away that this was an occupied residence," said CFD Deputy Chief John Giordano. "Like I said before, the men and women on the scene made a tremendous effort to do what they could."

Despite the severe cold, CFD said there were no water problems in fighting the fire.

Firefighters are investigating the cause and origin of the fire. CFD said there was not a smoke detector in the attic area.