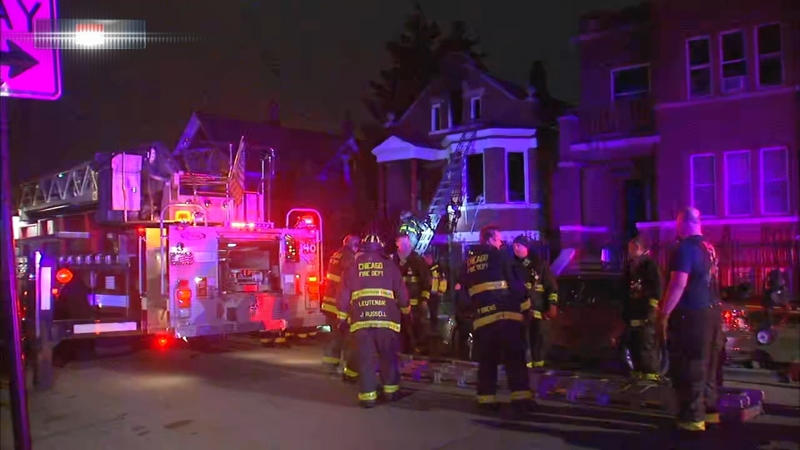 CHICAGO (WLS) -- A 53-year-old man was killed after a fire broke out in a home early Friday in Little Village on the Southwest Side.

Firefighters responded to a call of a blaze at a home just after 3 a.m. in the 2600-block of South Harding Avenue, Chicago Fire officials said.

The unidentified man was found unresponsive in the building's attic and later died on the scene, Chicago police said.

Another person was transported to a hospital with a non-fire-related issue, fire officials said.

Four people were displaced from their home, according to fire officials.

There were no stairs inside the building, so firefighters could not easily get up to the attic to rescue the man, CFD said.

The man's cause of death is currently under investigation, according to CPD.

It was not immediately clear if the building had working smoke detectors, and officials did not provide the fire's cause.