Four people were injured, including a Chicago firefighter, at an apartment building fire in the city's South Shore neighborhood.

CHICAGO (WLS) -- Four people were injured, including a Chicago firefighter, at an apartment building fire in the city's South Shore neighborhood.

All four, including the CFD responder, are OK and suffered only minor injuries, officials said.

The fire broke out around 7:30 p.m. in the 6900-block of South Clyde Avenue in a U-shaped apartment building with a courtyard. When firefighters arrived they found some people hanging out of windows waiting to be rescued.

The responders helped people get out of the building and urged others to wait patiently, because the blaze was confined to a stairwell and hallway. The fire fighter who was injured fell on the stairs.

Arson investigators responded to the scene, but Chicago fire officials said it's too early to determine the cause of the blaze. 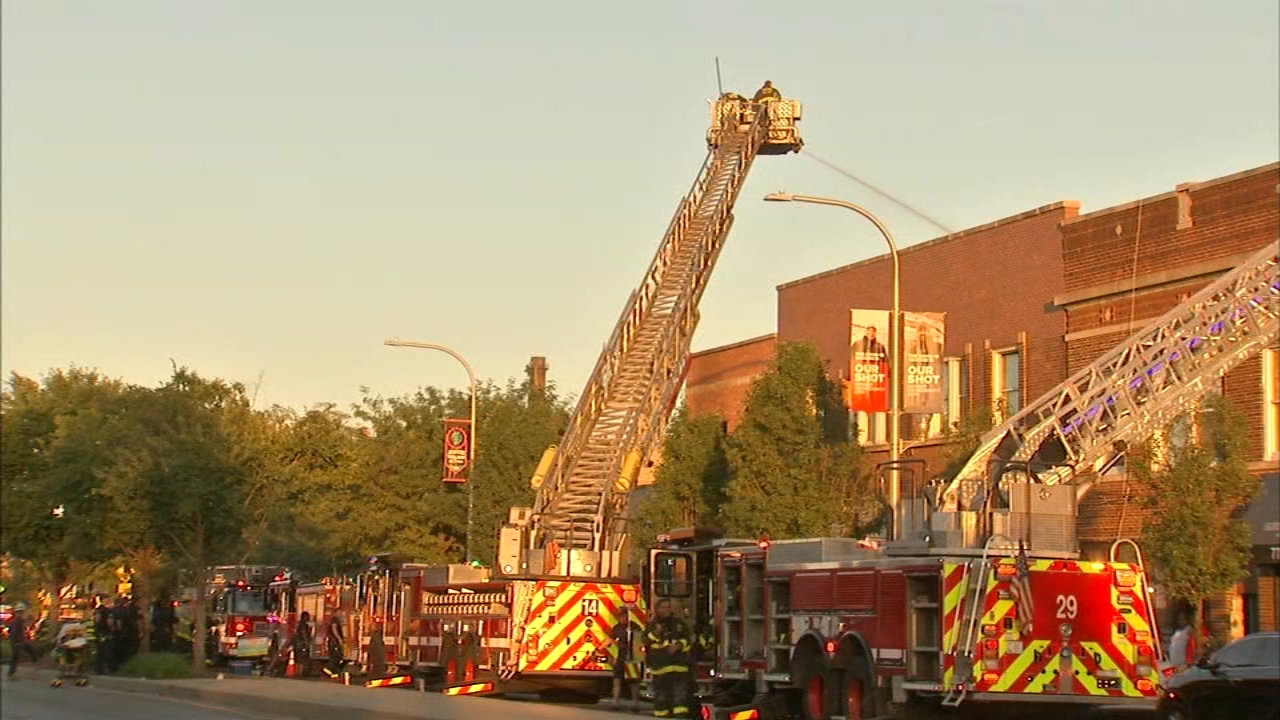